Torres Strait Islands is the northernmost area in Australia.


There are about 300 islands, all the way up to the border of Papua New Guinea.


It's an amazing region with bright blue waters and a totally different culture compared to most of the Australian mainland.


The most visited islands are Thursday and Horn, but there are so many more in case that you stay longer.

The inner islands group is the only one that you are likely to visit on your normal Cape York trip. 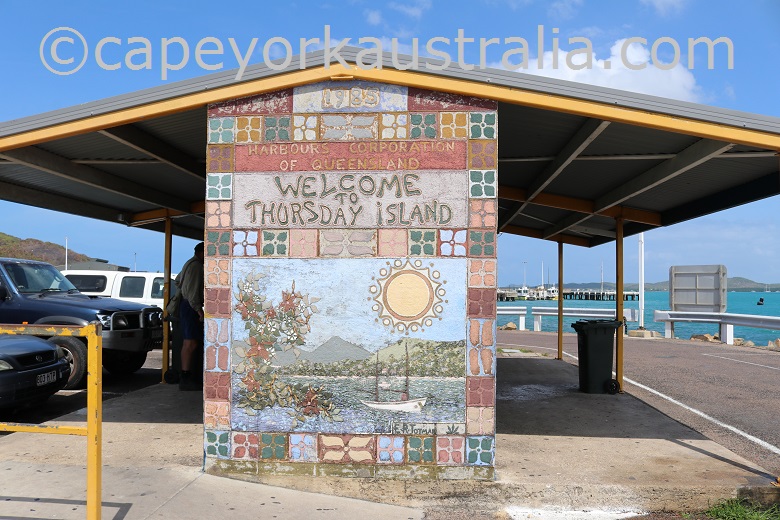 Thursday Island - Waibene
Thursday Island is the commercial and administrative centre of Torres Strait. It is far from the largest one, but is the most visited and the most populated island. It is known for its multiculturalism and interesting history. With a population of 2,500, it is really like a small town with shops, hotels and restaurants. It has some great views and bright blue waters around it, and there are a few things to see and do. 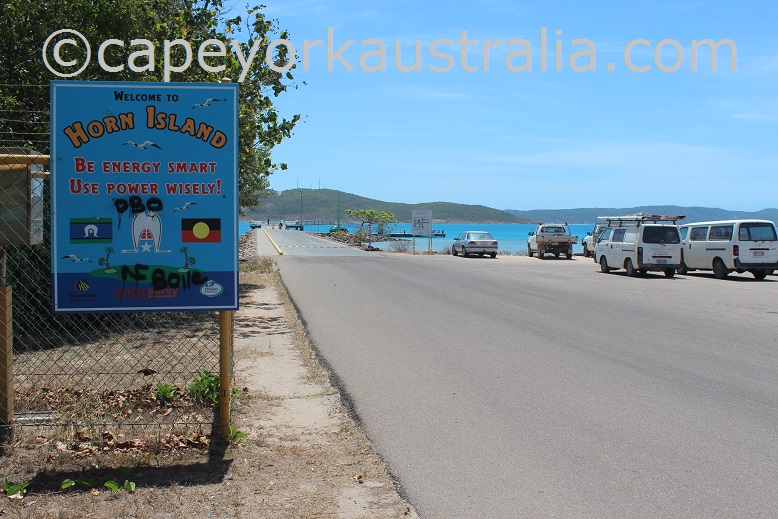 Horn Island - Ngurupai
Horn Island is the second largest of the 'inner' islands of the Torres Strait, with a population of 700. While its area is much larger than TI, the town is much smaller.


The town of Wasaga has a museum, resort and hotel, and outside are some nice beaches, a nature reserve, a busy airport and the island's Second World War relics. 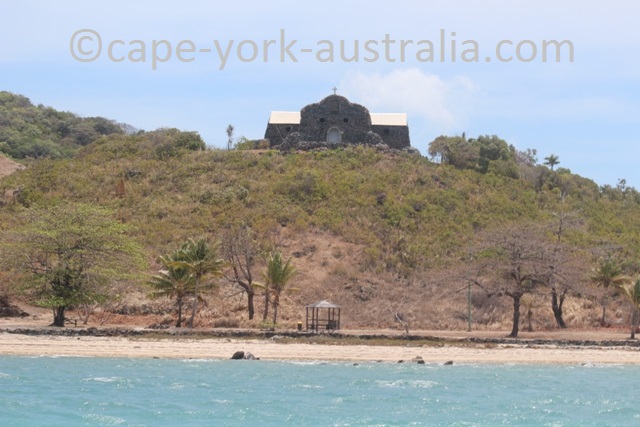 Hammond Island - Keriri
The third largest, and the third most populated of the inner Torres Strait islands is Hammond.

It is a hilly island with some good views and basaltic rock formations. There is a small township with a beautiful beachfront, and there is the famous Hammond Island Church. 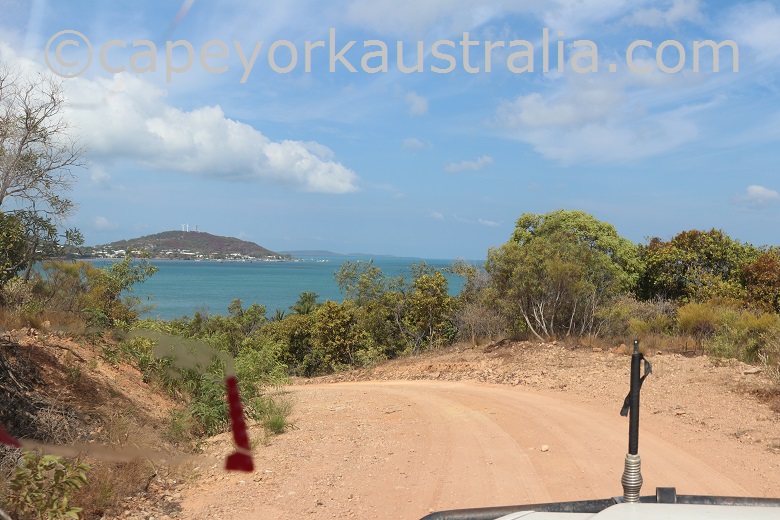 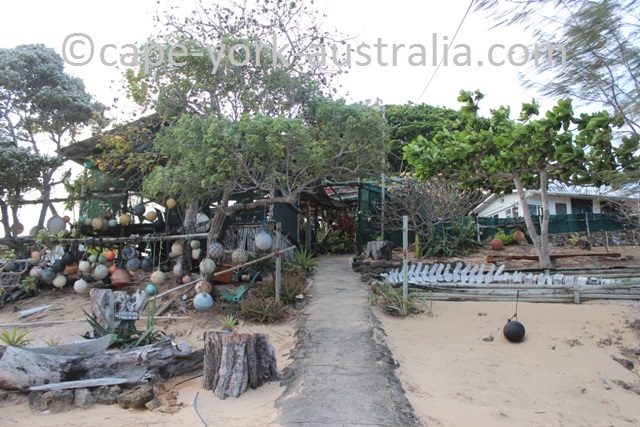 The official pearl farm tour includes the shop, a farm operation presentation, and a seafood lunch, which is exceptionally nice and will exceed your expectations :-) 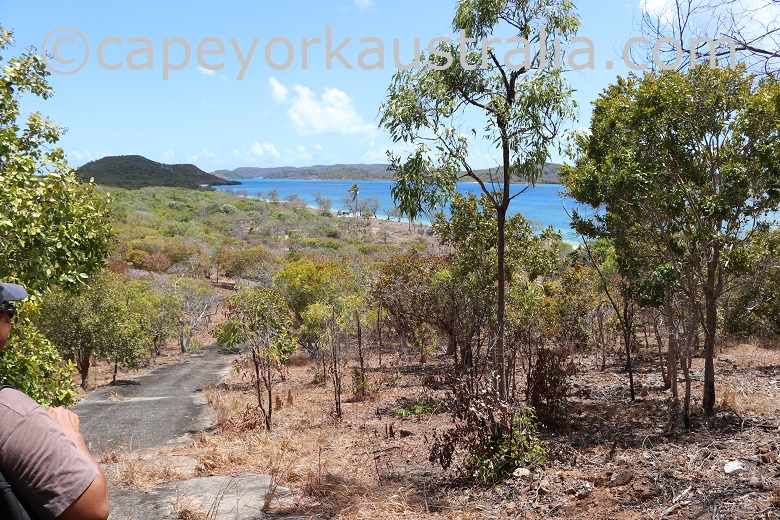 Goods Island - Palilug
Between Hammond and Friday, the little Goods Island has a jetty, a couple of old forts from the time of a feared Russian invasion, a few Second World War relics (battery site with gun emplacements, semi underground operation rooms) and shipwrecks, a boat ramp, and a lighthouse at its highest point, to which you can walk. 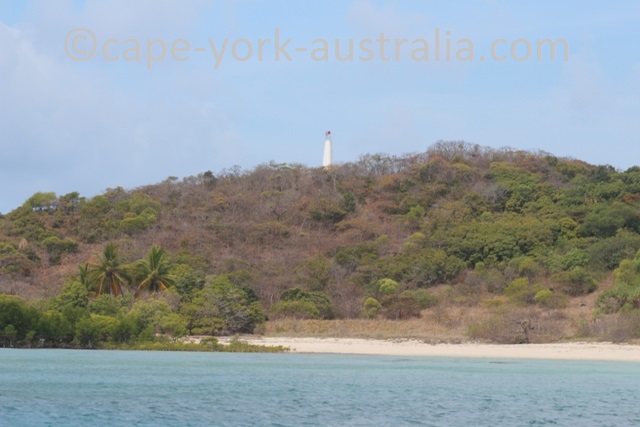 
There are also the islands close to the mainland, and there are many more of these than listed here. 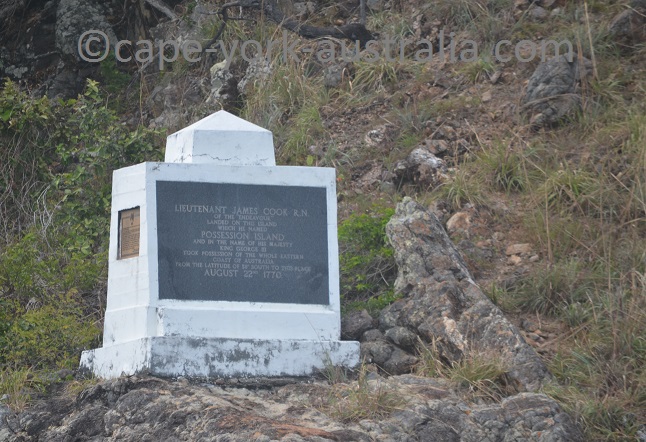 Possession Island - Bedanug
But probably the most interesting one when it comes to European history is Possession Island - in the northern end of which Captain James Cook claimed the eastern coast of Australia to England in 1770.
There is a monument to mark the event; and on the other side of the island there is also some gold mining history. 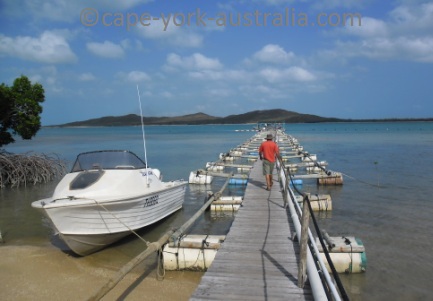 Roko Island
Roko Island has a working pearl farm, like Friday. Roko is the closest one to the mainland so it's the handiest one to visit if you don't go to Thursday or any other Torres Strait Islands that are on the other side of the channel.
Like Friday it has a tour, and the Roko Island tour includes a pearl farm operation demonstration, and a stroll around the island. 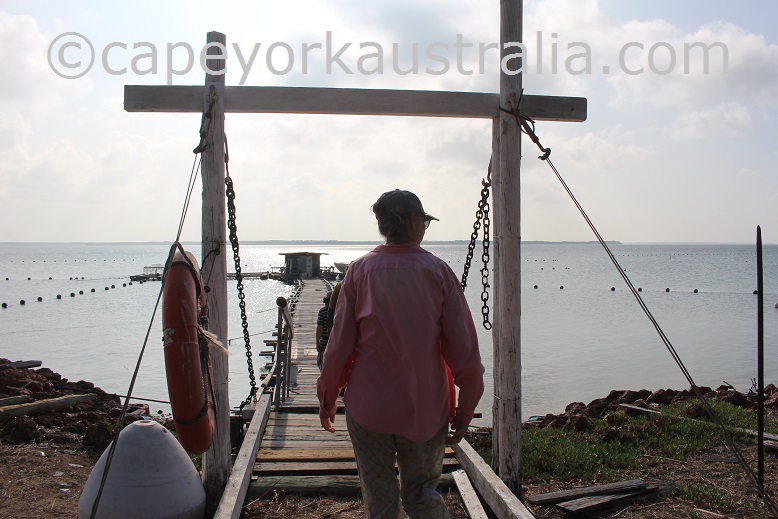 The hosts are super friendly and show you around, they put on a pearling show and have a shop with some very beautiful pearly creations. 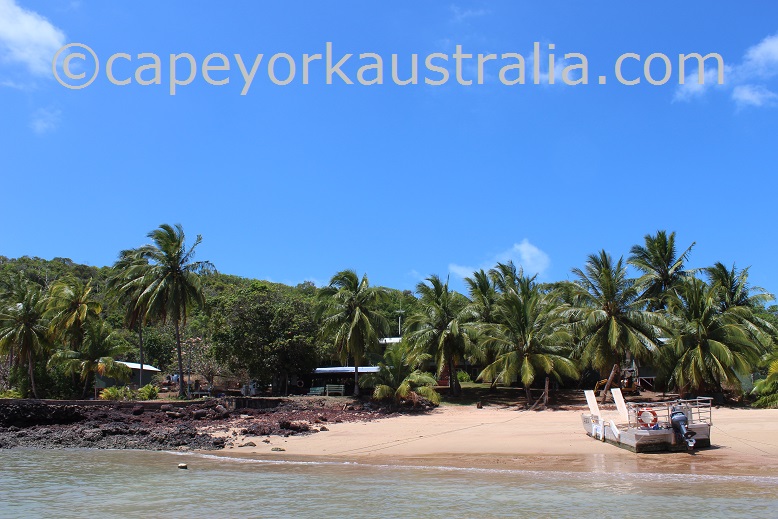 Albany Island
Albany Island is the one north of Somerset Beach, it used to be a pearl farm but is now a base for some great fishing trips.

There is also a walk to the other, northern side of the island, past some historical graves to some beautiful white sand beaches. 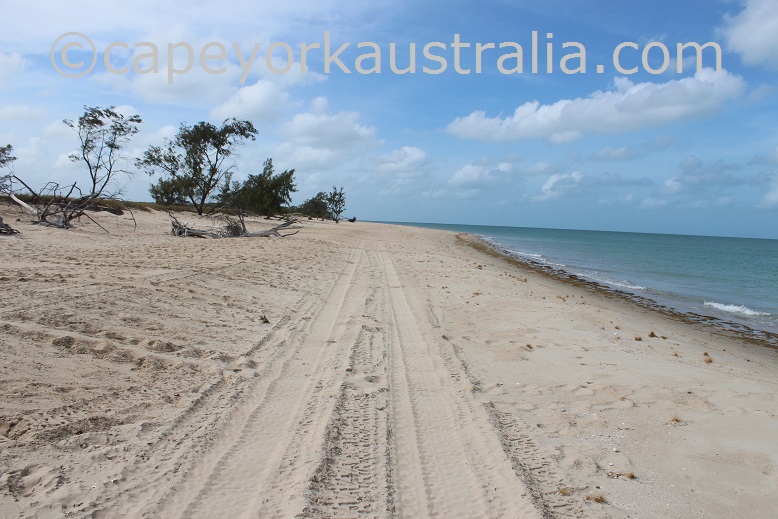 There is nobody there, but at certain times of the year you can see turtles, large flocks of pelicans,  and crocodiles.

Away from the coastline and the inner Torres Strait islands, there are the outer ones. There are four different groups, and each one differ a little bit from the others: the western, the northern, the central, and the eastern group (while the inner islands are also called the southern group).

The western group is mostly more like the inner islands, with two very large ones. 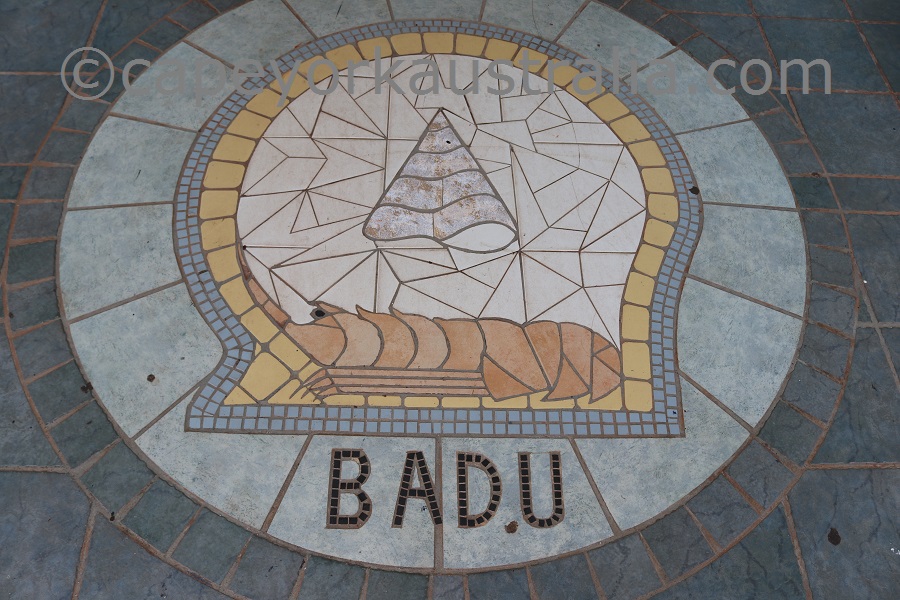 Badu - Mulgrave Island
Badu is the third largest of all the Torres Strait Islands, and is most similar to the inner islands in many ways. The people are very friendly, the community is large (compared to the other outer islands), and after all - there is a pub!

The community is in the south eastern end of the island and is home for 1,000 people. 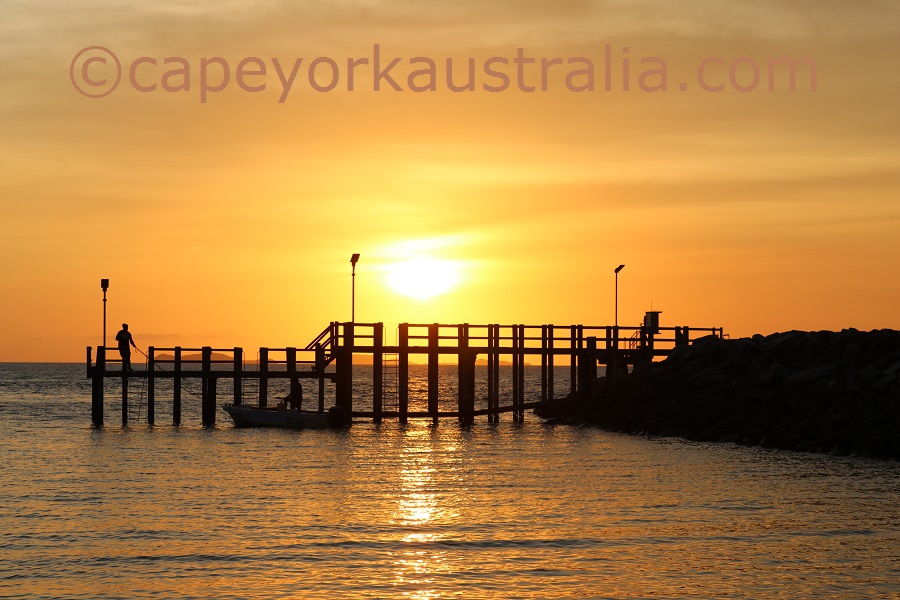 Moa - Banks, or Mua Island
Moa is a little larger - the second largest of all of the Torres Strait Islands after Prince of Wales. Right next to Badu, it is also a similar one to the inner islands in many ways.
There are two communities - the southern Kubin, and the eastern St Pauls, with a population of 450 in total. 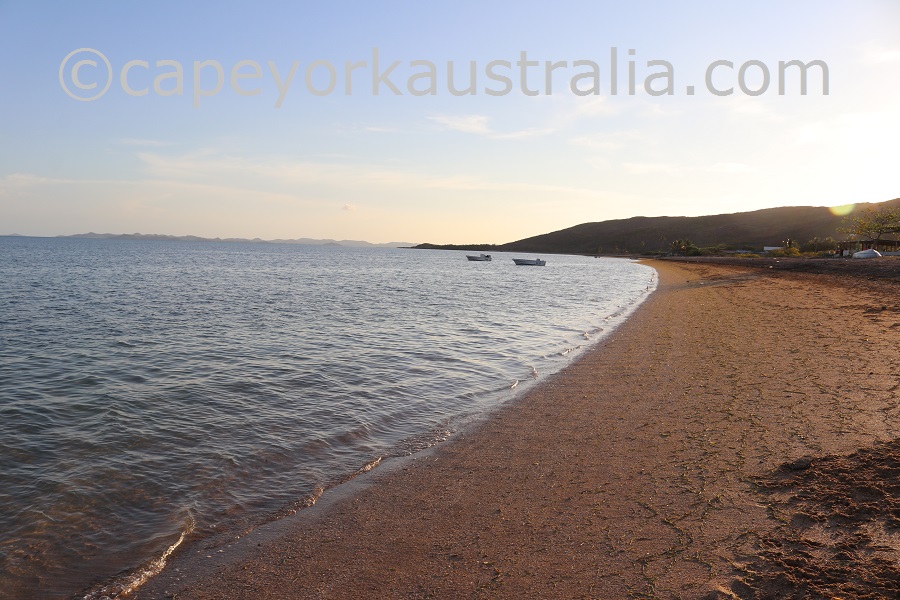 Mabuiag - Jervis Island, Gumu
Mabuiag - a smaller island north of Moa and Badu, is a very restricted one where you are not allowed to go to a lot of places.

The community is in the southern end and has a population of 250. In the north of the fairly hilly island is a national park but you are not allowed outside the community.

The northern group is right next to the Papua New Guinea coastline, and these are large mangrove islands that have some PNG influence. 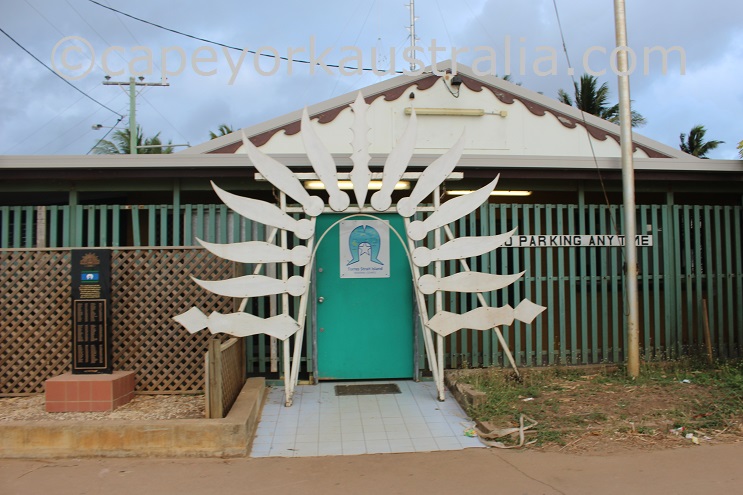 Saibai Island
Saibai, famously the island where the first NPA islander settlers came from, is the one (out of the  Australian islands) that is closest to the PNG coast.
With a population of 500, the community has a beautiful long beach, narrow streets and the pier and a boat ramp where the PNG boats arrive.
Just west of Saibai is the hilly Dauan - you can see its peak, Mt Cornwallis, from the Saibai streets. 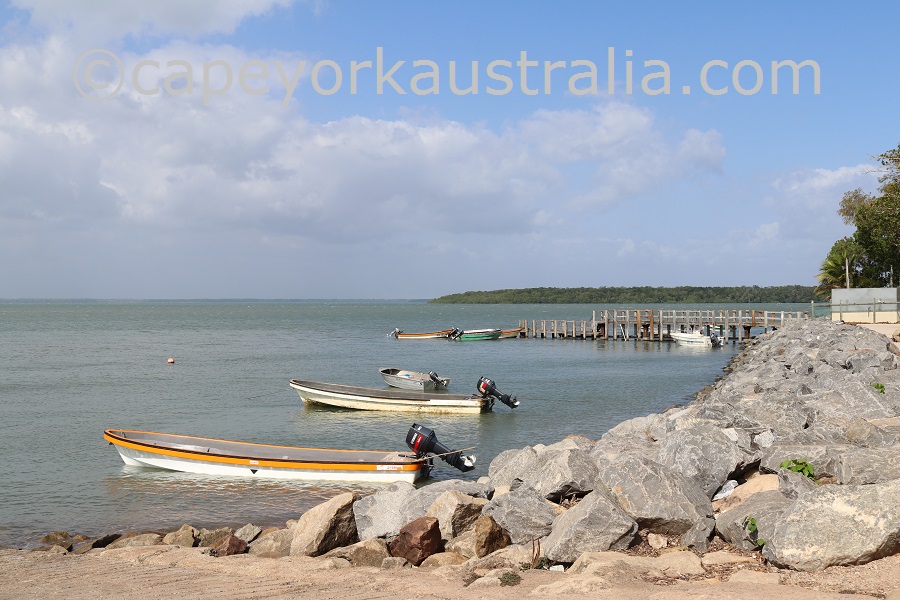 Boigu Island
Boigu is the northernmost inhabited Australian island, but because of the shape of the PNG coast, is not as close to Papua New Guinea as Saibai is.
You can still see the mainland, and like on Saibai there are close ties and regular trading with the coastal Papua New Guinea villages. With a population of 300, it is a friendly island and so are the people from the PNG Treaty Villages.

The central group are mostly coral cay islands, and they are very friendly ones. 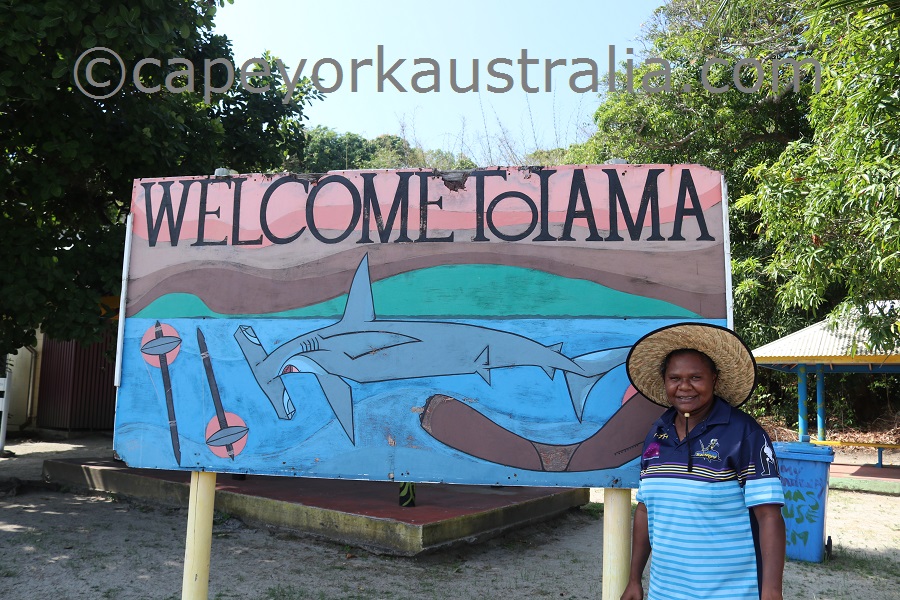 Iama - Yam Island
Yam Island is the only one in this group to not to be a real coral cay, meaning you cannot walk all the way around it along the beach like on Warraber and Poruma.

It has thicker vegetation and is partly rocky, more like Erub and Mer, but in the western side is a beach and the 350-people community. 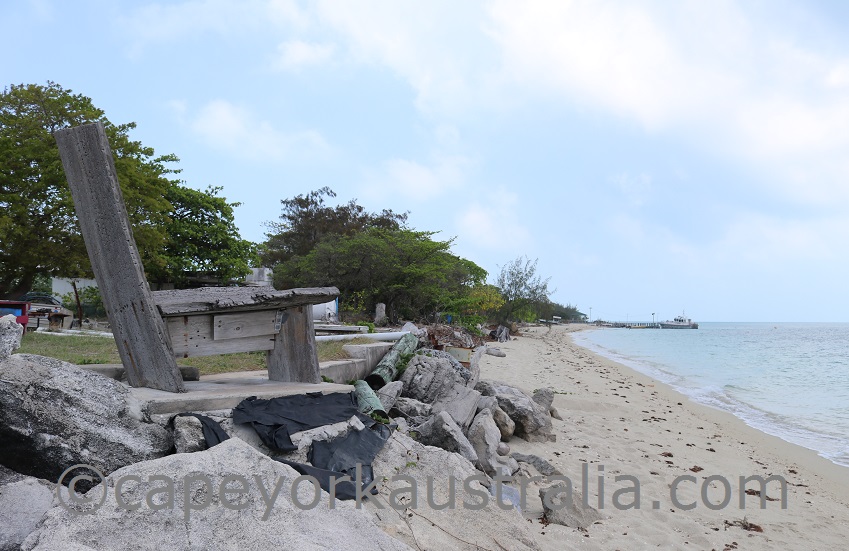 Poruma - Coconut Island
Poruma - a real coral cay, and super friendly - just like Yam and Warraber (and others by the way).
You can walk around the whole island along the beach, and the waters are probably the brightest blue that I saw (but then that can depend on the weather). The 250-people community is one of the smaller, located in the western end of the island. 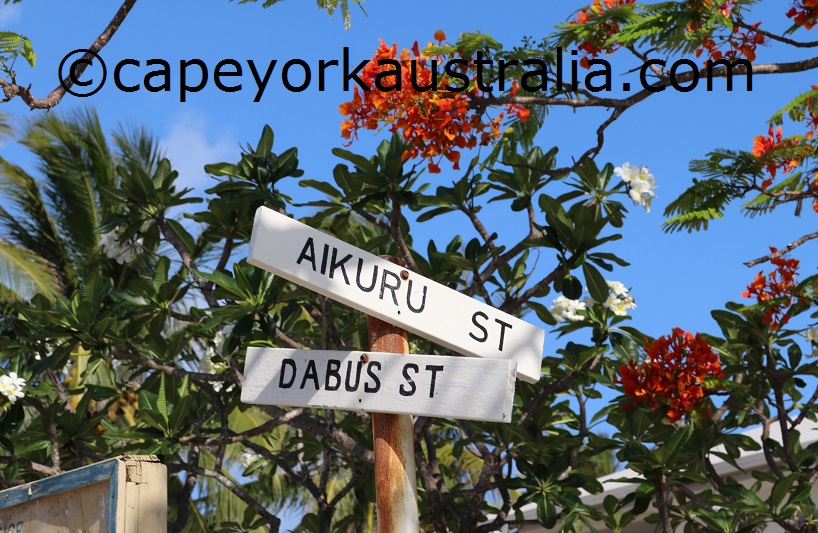 Warraber - Sue Island
Warraber is another friendly coral cay, which you can walk all the way around on the beaches.
It has super cute small streets and street signs, and a bunch of very friendly people.

The 250 people community is in the eastern end, while the western side of the island is uninhabited.

The eastern group are mostly hilly volcanic islands (except Masig which is a coral cay). 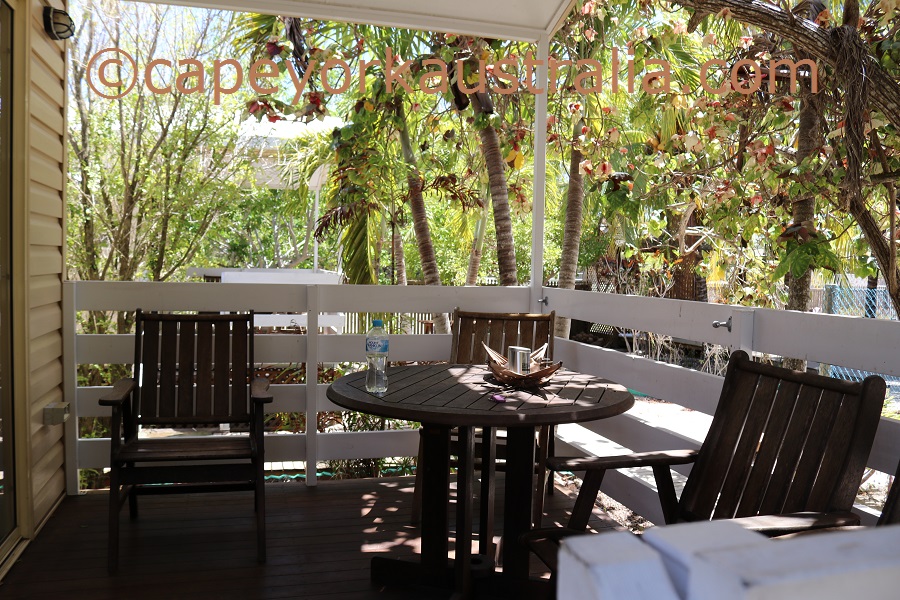 Masig - Yorke Island
Yorke Island is also said to be the easternmost one of the central group, mainly because it's a coral cay (its location really is in the east and not in the centre). It is larger than Poruma and Warraber, has a teardrop shape, and has another island - Kondall - in its eastern, pointy end. The 250 people community is in the eastern side of the island, and the western half is uninhabited. 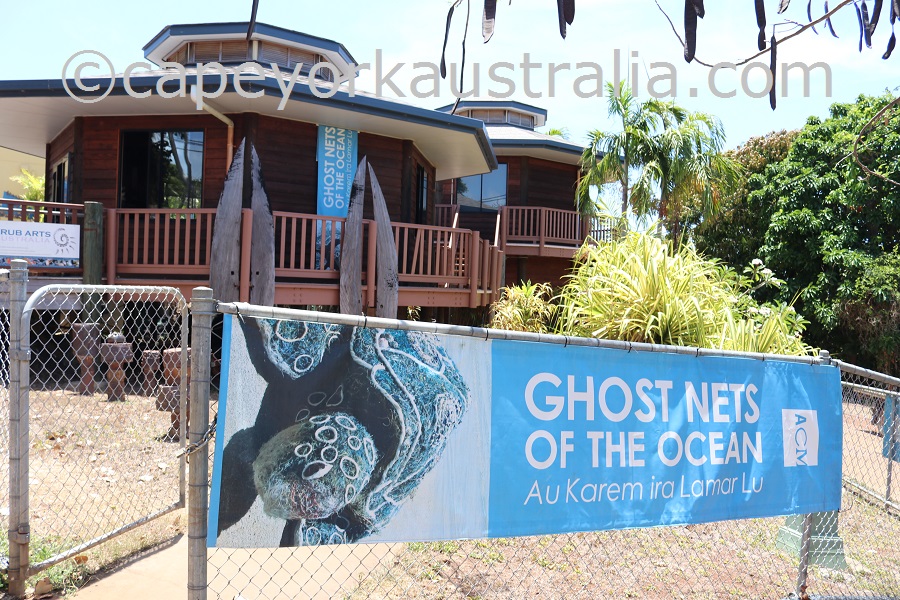 Erub - Darnley Island
Erub, Ugar and Mer are the volcanic group of the  islands, all hilly and larger than the above coral cays. Ugar has the smallest population in the Torres Strait, with only 80 people - while Darnley and Mer have some of the larger, with 400-450 residents. Erub, aka Darnley Island, is most famous for its art and has communities in the southern end. 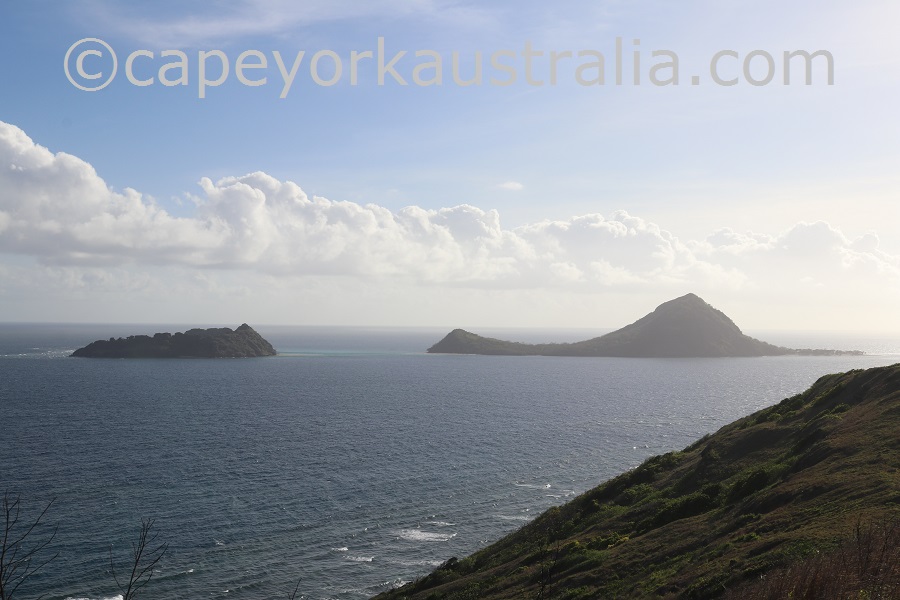 Mer - Murray Island
Mer is by many considered the most special one - with its dugong shape, the most easterly location and the fact that it consists of a little island chain that also includes Daua and Waua Islets.
It's hilly, quite densely vegetated with lush, green rainforest in places, and the beach community is in the northern end.


All the information about how to get to each island, any permits and where to stay, is in the Destination Guide.


Did you go to Torres Strait Islands?

Which ones? Or do you live there? Tell us! Attach a photo (up to four)! Build your own page with YOUR story!

What Other Visitors Have Said

Click below to see contributions from other visitors to this page...

Thursday and Horn Island Not rated yet
Done both Horn and Thursday Island - stayed 2 nights at Horn. The WW 2 tour by Vanessa was very special she is an exceptional person with all the research, …