Somerset is one of the greatest historical places in Australia.


It was the earliest permanent white settlement on the Cape York peninsula, and the only one for a very long time.

It was the first administrative centre for the Cape York and Torres Strait area, in the most isolated and violent place in Australia.


While it didn't quite turn into the town of the size it was planned, there is definitely a lot of stories and a lot of history in this very interesting place. 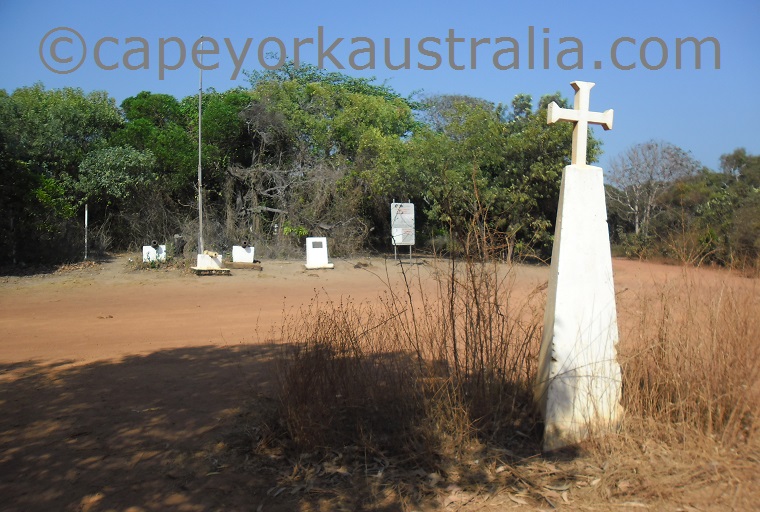 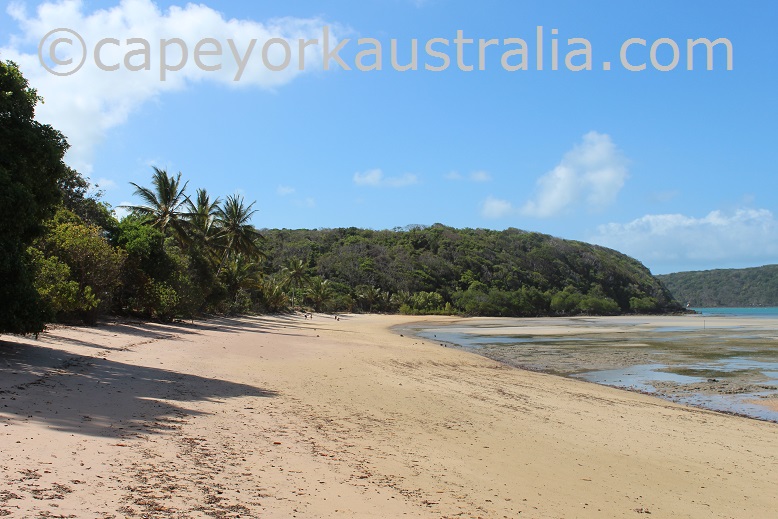 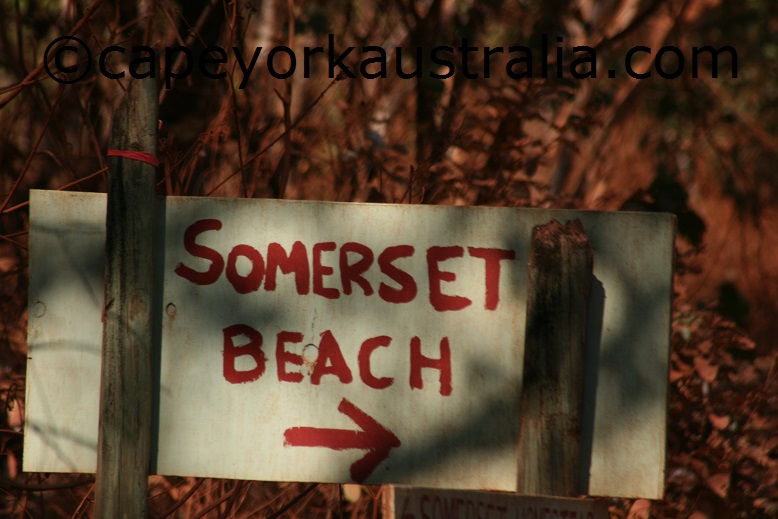 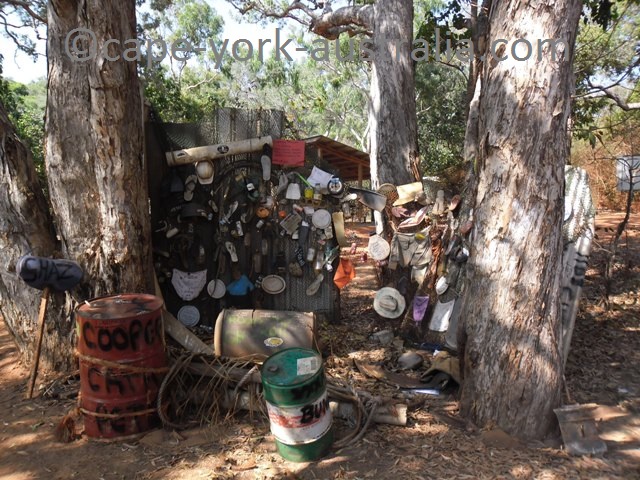 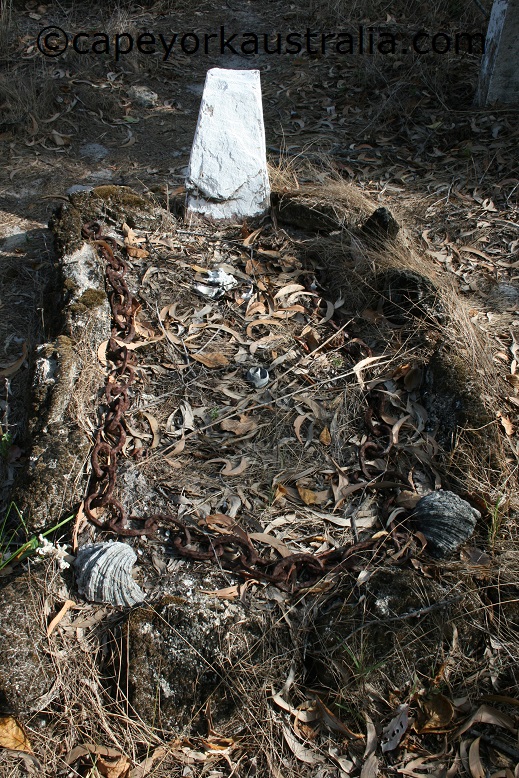 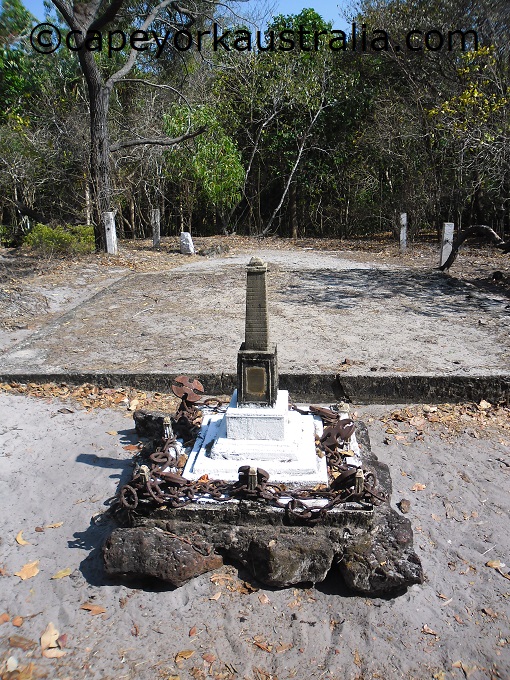 About a decade after Kennedy spearing, lots of lives were still being lost, particularly on the ships, and there really was a need for a permanent military establishment to stop the violence.

So finally, in the 1860s, the decision was made and the police magistrate to be was John Jardine from Rockhampton.

He was amongst the people who arrived on the ship, while his oldest son Frank Jardine lead up the beef, in Australia's most amazing cattle drive.

The new establishment was built on Somerset Hill, which you can today see in the western end of Somerset Beach.

The cattle was taken to Vallack Point, today on the so-called Beaches Loop Road, or Nathau Beach Drive, where they established a cattle station.

Frank was running the station for years, with father John returning south and being replaced by other police officers.

The tribal attacks and wars continued, and Frank was finally offered the police inspector position, and accepted it.

Some time later he met and married the Samoan princess Sana, and moved briefly to Torres Strait to try pearling, while Somerset had other different police magistrates.

But in 1877 when the adminstration of Cape York and Torres Strait was moved to Thursday Island, Frank bought Somerset off the Government, returned, and lived there for another 42 years until he passed away, 78 years of age, and Sana died four years later.

After their deaths the homestead was maintained by their children, until the Second World War.

The homestead survived the war, but not a fire in the 1960s, so today you can only imagine it having stood right behind the rusted canons and the old mango tree. Under the tree you can still see some of Sana's rock gardens. 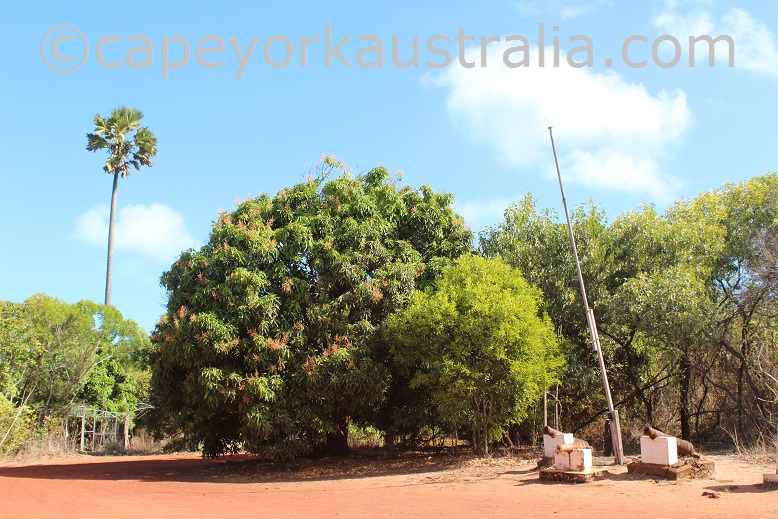 You can also see the old coconut plantation, and down the beach, on the eastern side you can still see the homestead's well. 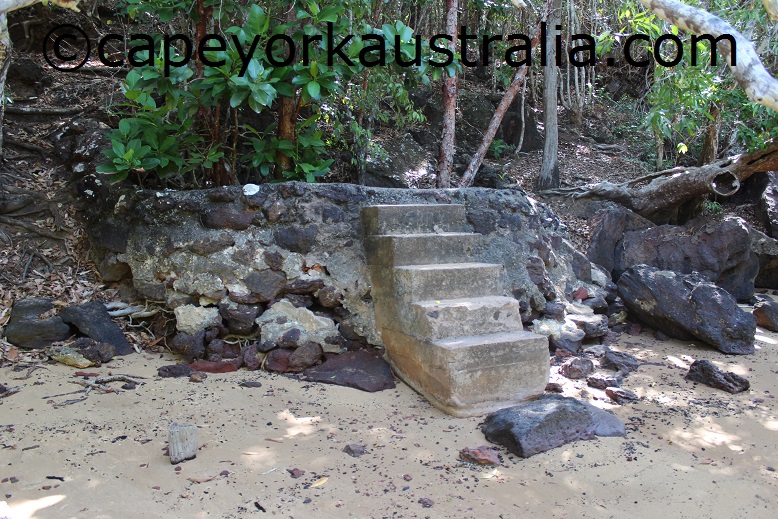 In the middle of the beach you can see the remains of the old slipway, 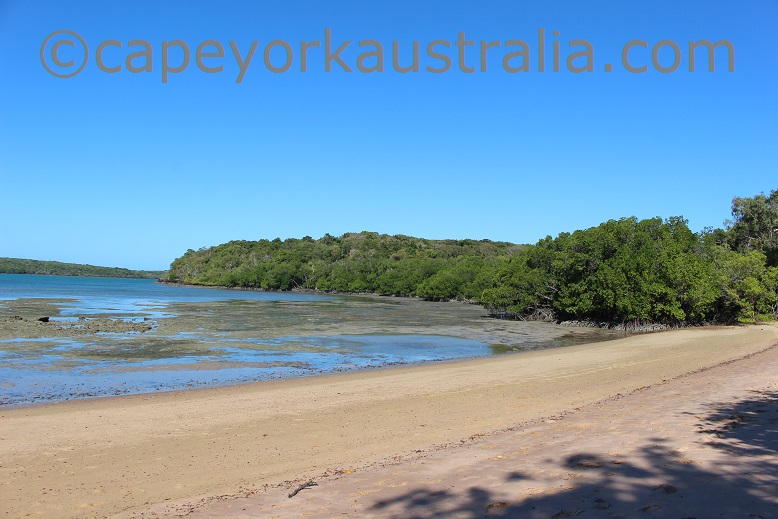 ... and on the other, western side, are the graves of Frank and Sana, along with a few others. 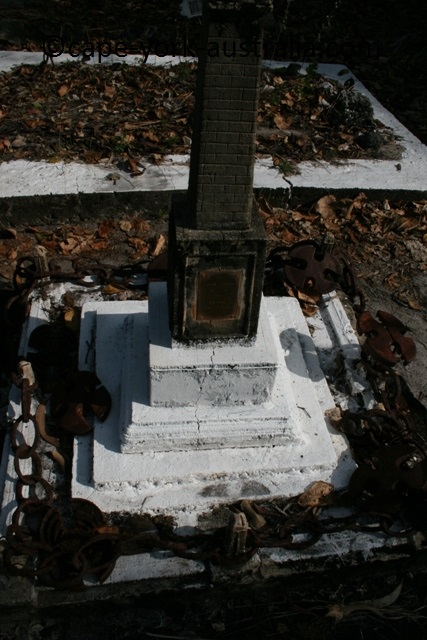 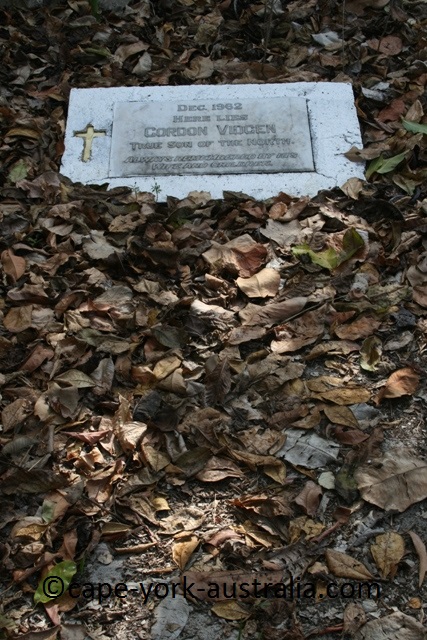 At the western end of the beach, at low tide you can climb the rocks of the headland, 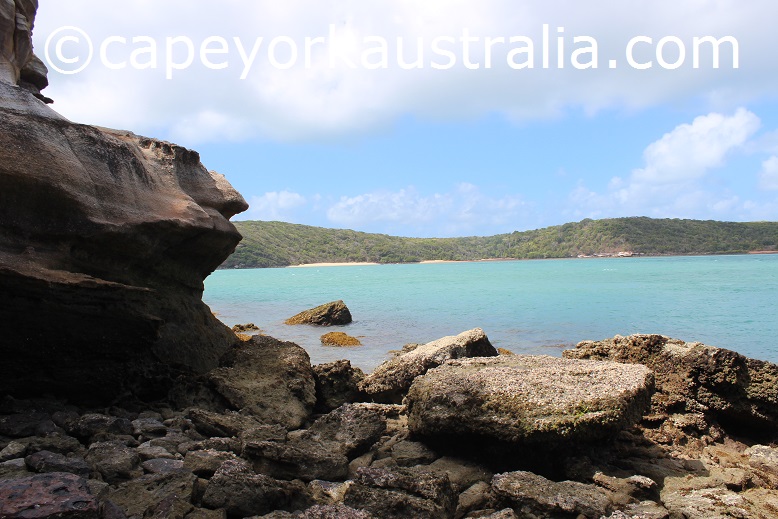 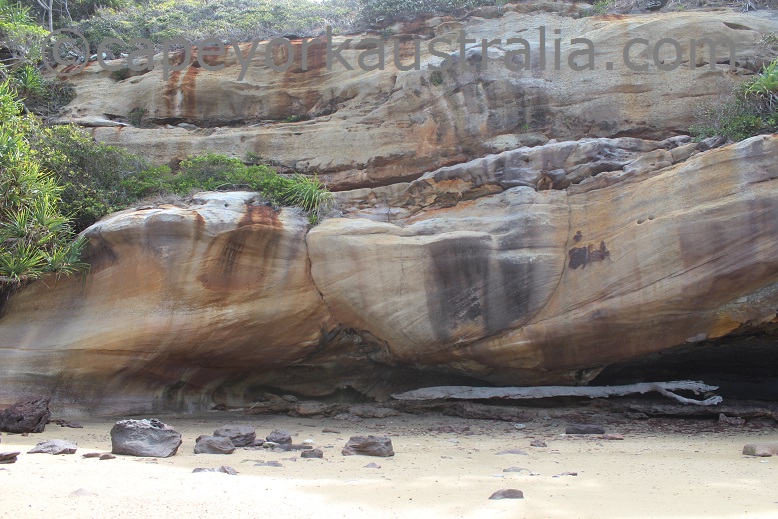 ... with some Aboriginal rock paintings. 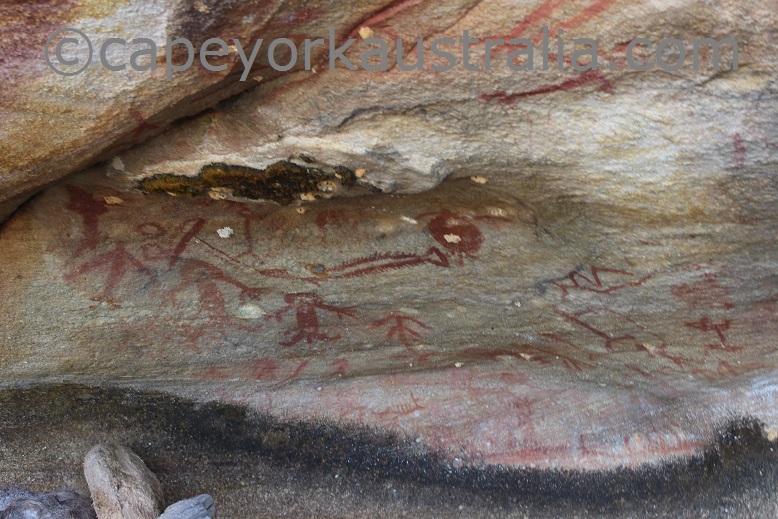 That's about what there is to see at Somerset and the beach, but it's also a beautiful place just to relax, and there is more in the area.

If you are interested in Frank Jardine's history, you can go out to Vallack Point, where he had his cattle station.

It is along the so-called Beaches Loop Road, aka Nathau Beach Drive, which is a nice four wheel drive anyway.