In the central eastern peninsula is the Iron Range area.

Mainly known for the national park by the same name, there are also the small community of Portland Roads, the Aboriginal community of Lockhart River, some good four wheel drive tracks, islands, and some Second World War and gold rush history. 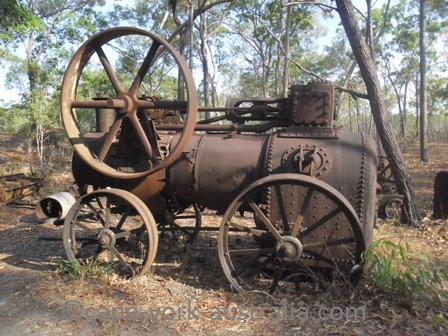 Batavia Goldfields
North of Archer River you have the turnoff to the eastern coast, with a sign to Iron Range National Park, and you first come to the first river crossing - Wenlock.

It now even has a causeway so the crossing is very easy well enough into the Dry season, and north of the river you have Batavia Goldfields. 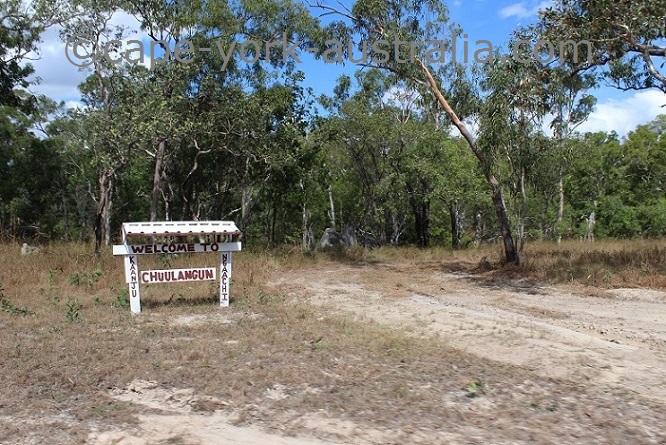 Chuulangun Camping
A little further north of the river, on your right hand side is a turnoff to a new camping ground - the Chuulangun camping, owned by the local Aboriginal people - the people of the Pascoe and Wenlock River.
There are a few turnoffs, just follow the signs, the camping ground is next to a small creek and has facilities. 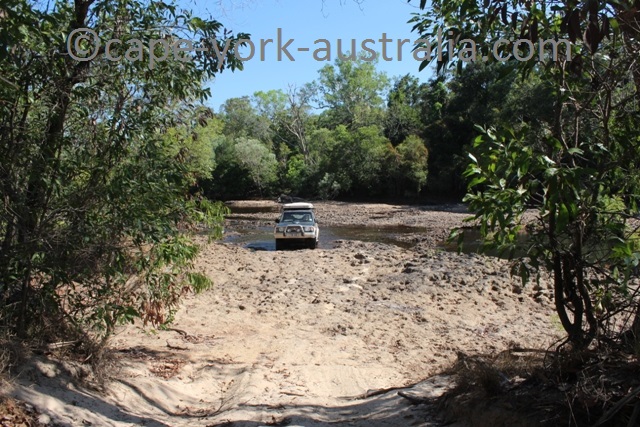 Falls Track
Further north you cross Pascoe River, which is also easy in the Dry season, but is a little wider and bigger than the Wenlock crossing on this road. Further north is the eastern end of Falls Track, which goes from here to the PDR, also crossing both Wenlock and Pascoe. UPDATE 2015 this track is no longer accessible without permission (details in the Destination Guide). 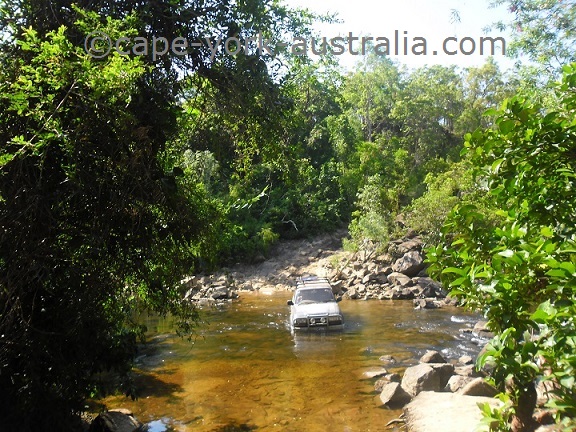 Frenchmans Track
Further north you come to the eastern end of Frenchman's Track - one of the most popular tracks on the peninsula, which also crosses both Wenlock and Pascoe.

It is not hard in its full length, probably easiest in the middle of the two rivers, but its river crossings are the challenge, particularly Pascoe. 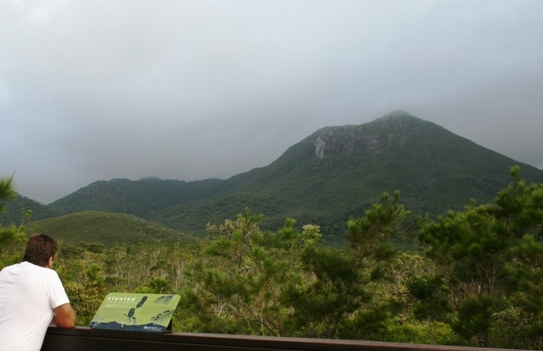 Mt Tozer Lookout
After the eastern end of Frenchman's you come close to the national park, and right near the beginning of it, on your right hand side you have a lookout point over Mt Tozer.

Around this area on the road are some small creek crossings where water can rise quickly after bigger rains (once leaving me stranded for hours). 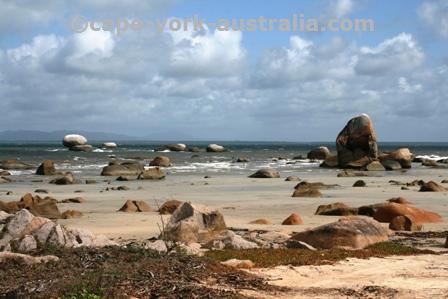 Lockhart River
After that you come to the intersection where you can turn left to the heart of Iron Range National Park and Chili Beach, or right to Lockhart River - an Aboriginal community that is the administrative centre of this part of Cape York peninsula.

The best thing to see is the beautiful Quintell Beach. 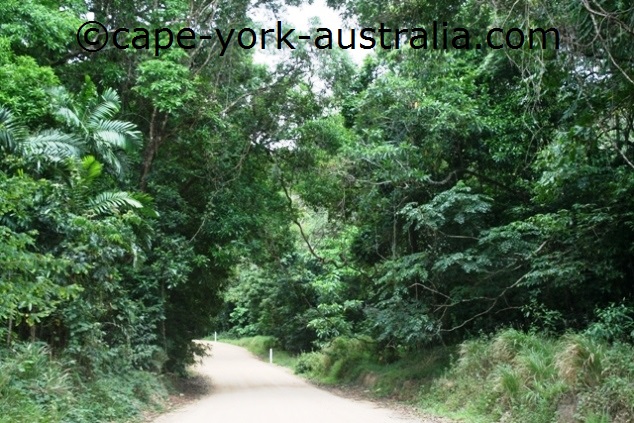 Iron Range National Park
Turning left back at the intersection takes you to a beautiful drive through some most unique rainforest in Australia, which contains plant, bird and animal species that the Cape York peninsula only shares with Papua New Guinea and not the rest of Australia. 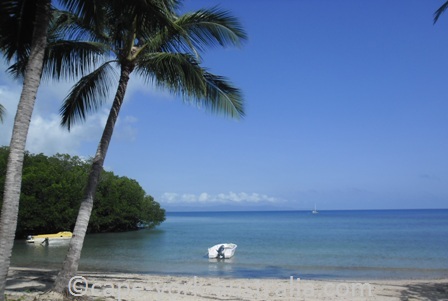 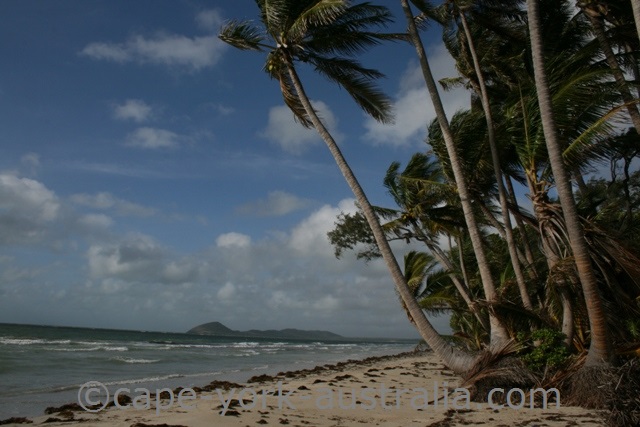 Chili Beach
Continuing past the left-hand turnoff to Portland Roads, you come to Chili Beach - a beautiful beach, very popular with camping, although it can be very windy.

Luckily the camping spots are behind the first row of vegetation and so protected from the winds. 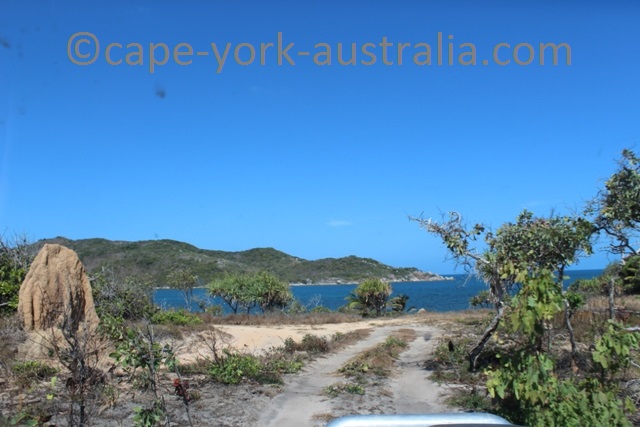 Cape Weymouth
West of Chili Beach is Cape Weymouth, there is nothing much there except private properties, but across the waters you can see the Restoration Island - the mysterious, remote tropical island that is often featured in different documentaries across the world.


It is the largest community in the eastern part of central Cape York -  and the administrative centre of the Iron Range area.

But there are also a few things to see in town. 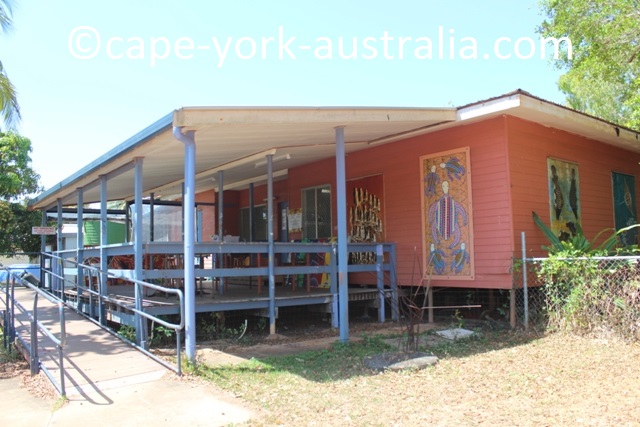 There is an Art Centre, which displays Aboriginal art created by local indigenous people, who come here every day to create paintings, carvings, weavings and ceramics that reflect their local traditions and culture. 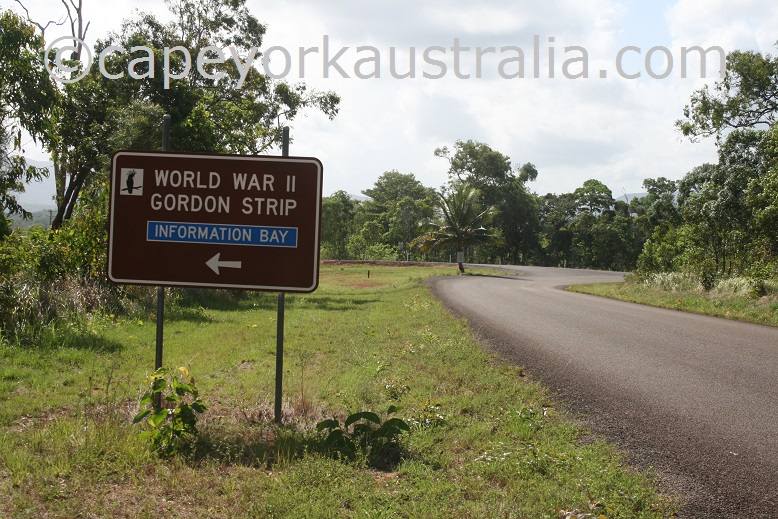 Iron Range Airport was built during the Second World War. It was a military airport and there are still war relics and information about it all. Today it is an important hub for transport, medical and food supplies during the Wet Season when the roads are closed. 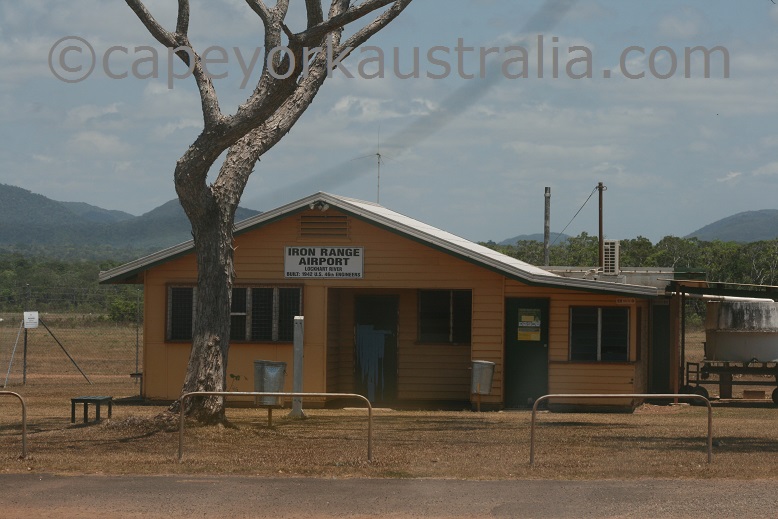 The most beautiful place is of course the magnificent Quintell Beach - the place that is always on Lockhart River photos. 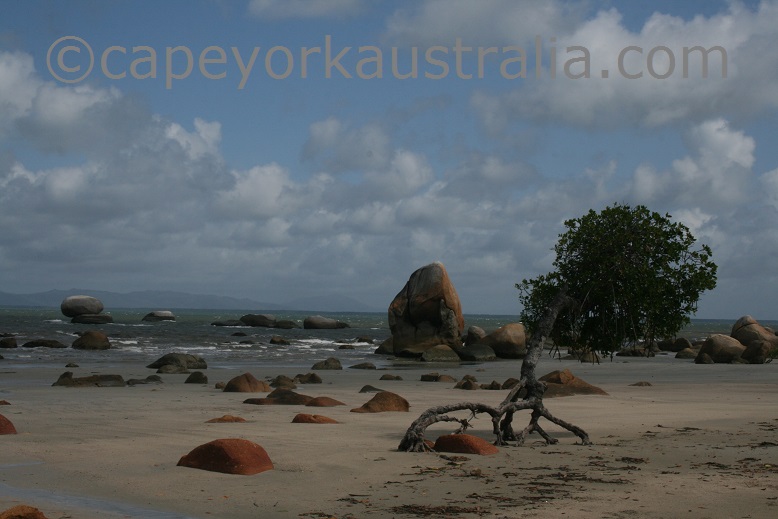 There is a nice jetty, some strangely formed mangroves, and some strange granite boulders that are quite photogenic in the right weather.


Portland Roads is a small beach community in Cape York.

It is just north of Iron Range National Park.

As you drive in from Peninsula Developmental Road, you pass by the Lockhart River turnoff, then drive through the national park, and continue north towards Chili Beach.

Before you get to the Chili Beach there is an intersection where you turn left to this small community. 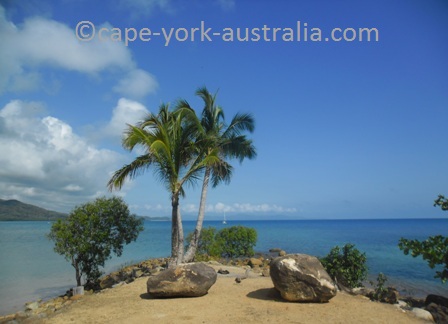 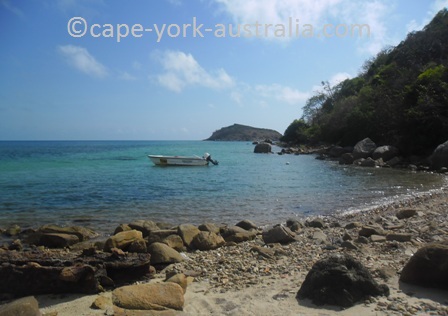 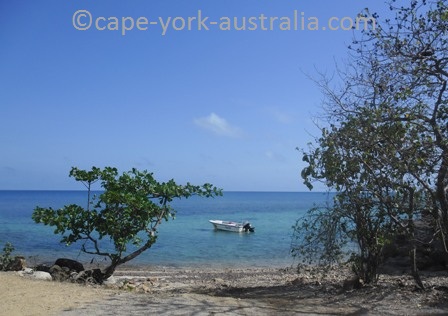 It is a beautiful place with a small but picture perfect beach lined by palm trees, a boat ramp and - in fact, not so much more, except about ten private homes on the hillside.

Near the boat ramp is an Edmund Kennedy expedition monument.

On the beachfront are the Out of the Blue Cafe, Portland Roads Beach Shack, and Portland House and Boat Charters.

You can drop into the Cafe for a lunch between 10am and 2pm. If you want to visit for a dinner, you have to make a booking.

Portland Roads is a great place to go out with a boat, and there is some good fishing.

I guess you could also try mud crabbing, there is only one thing - sand flies.

With lots of insect repellent it's a nice place to fish, gather oysters and watch the birdlife.

Just watch out for the big deadly Australian Saltwater Crocodile.


It's worth turning in to Batavia Goldfields.

The fields are just north of Wenlock River on the way to Portland Roads, Lockhart River and Iron Range National Park.

Cape York had many big gold rushes in its history and at the times when Hodgkinson and Palmer River Goldfields operated, the Peninsula was a very busy place with some of the largest towns in Queensland. 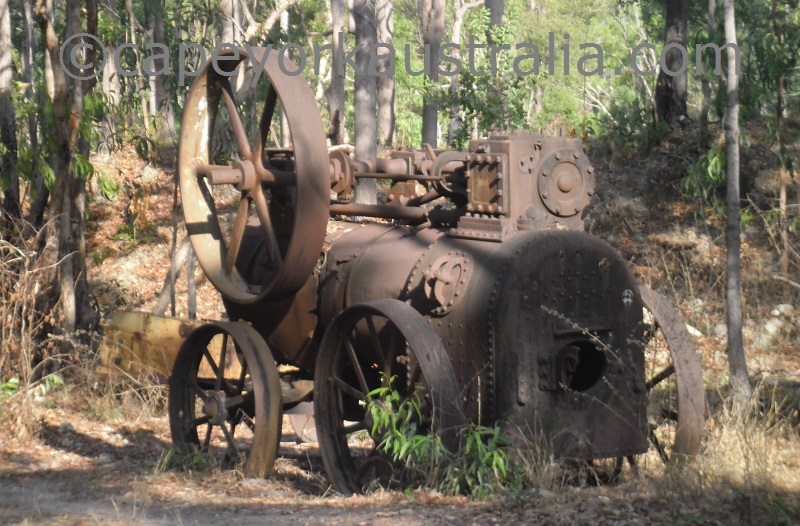 Batavia fields are a bit smaller but still worth discovering. 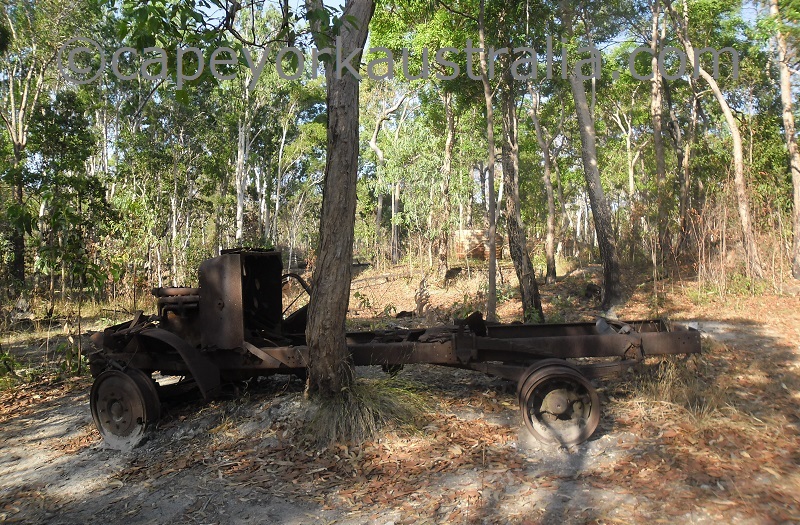 And they are easily accessible (the last bit is still four wheel drive), but they are not as far from the main road as Hodginson and Palmer. 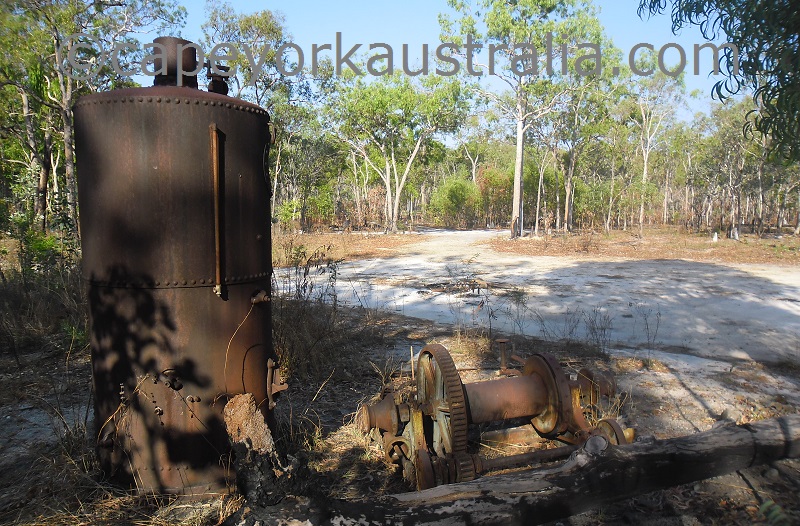 It's great discovering all the equipment that has been sitting here for more than 100 years.


Chuulangun is a new camping ground in central Cape York.

It is on Aboriginal land, owned and managed by Kaanju Ngaachi (Wenlock and Pascoe River) people.

Chuulangun is located north of Wenlock River, along the road to Iron Range, Portland Roads and Lockhart River. 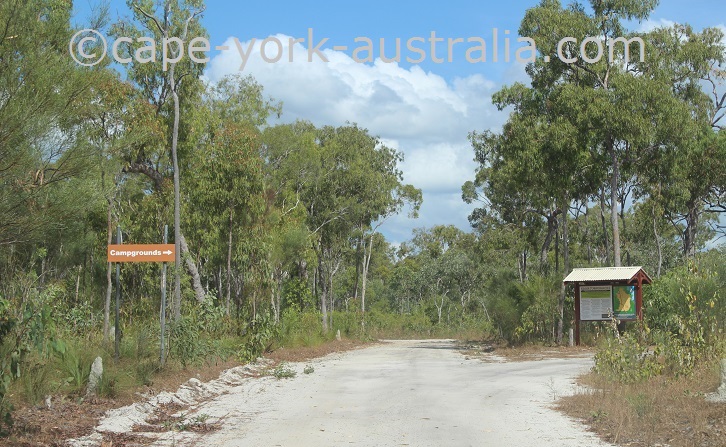 A small road takes you in, to an information sign about the rules as well as the traditional owners. 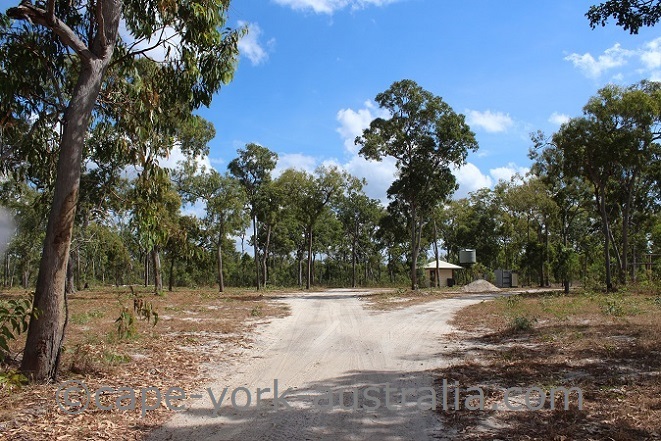 There is an upper camping ground with facilities, 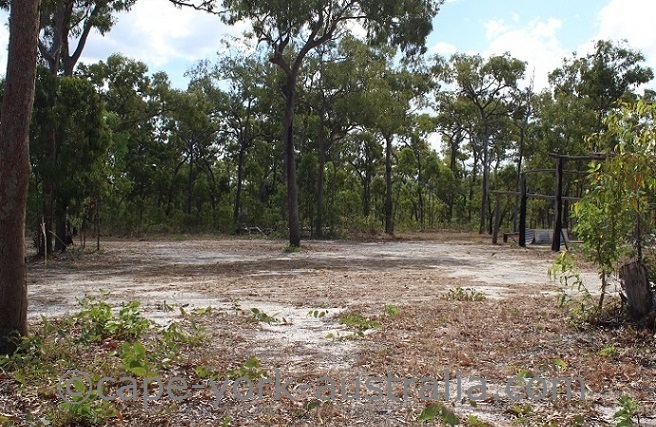 ... and then a lower camping ground just around the corner, 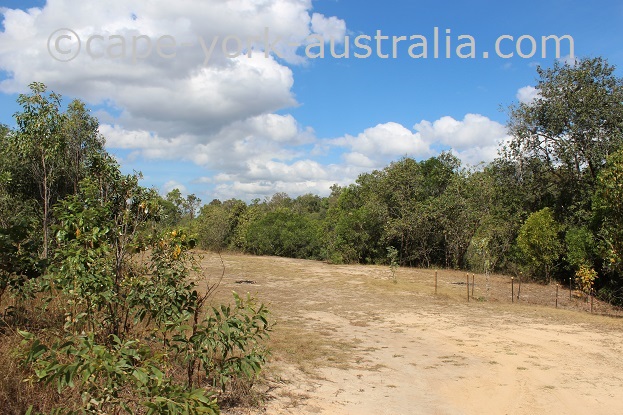 ... next to a small creek and swimming hole. 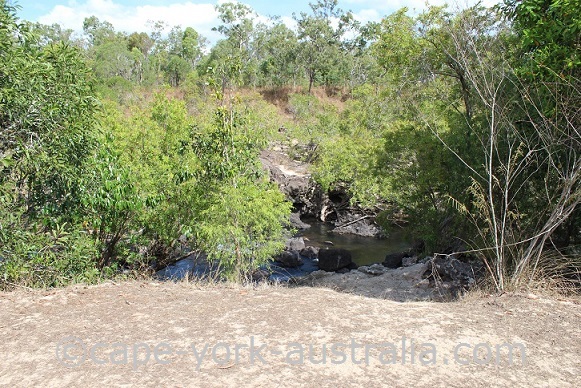 Neither spot so far has good shade, but it looks like they may have planned to build some.