by Katrin Holmsten
(with the information from Serge Chaminade)


In August 2017, Serge Chaminade was sitting in his home in southern France, trying to revisit his past survey works in Australia using Google Earth.

Hovering his cursor over Cape York, where he and his workmates were prospecting back in 1965, he saw the words "Frenchman's Track" on the map.

"Hello Catherine", he wrote to me. "As you seem to know quite everything on Cape York, could you tell me why that track in Cape York is called "Frenchman's Track" ... ???"

"Hi Serge", I answered. "While I am not sure about the exact history of that track's name, I believe that it's been named after a Frenchman who would have been either living in the area or working or discovering the area, perhaps prospecting during the old gold rush days." 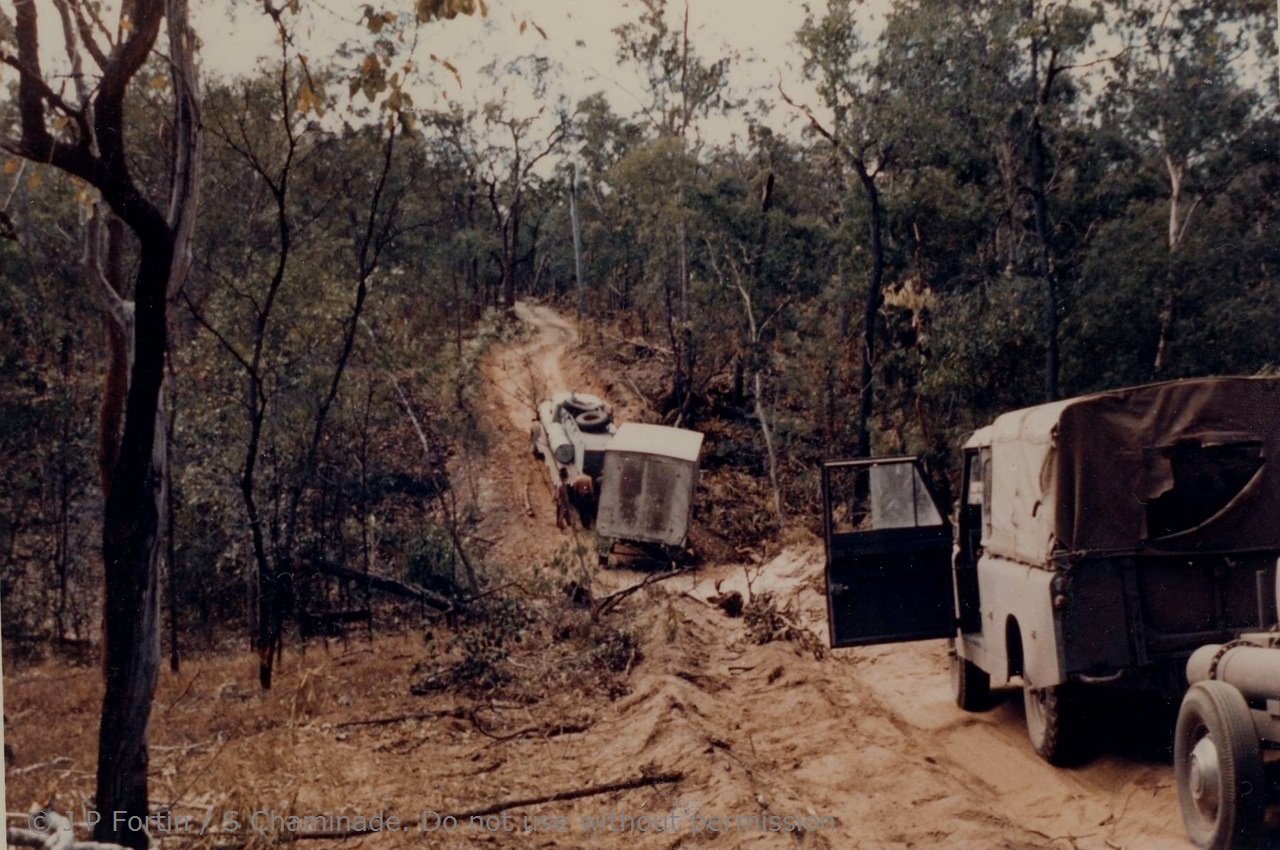 Moving the Camp on a fresh cleared line. ©CGG Do Not Use Without Permission

"Thanks for trying to answer my question...", he said. "I think I can clear up a bit more your knowledge on that péculiar spot" - going on to explain that he was working as a surveyor/topographer for the French geophysical services company CGG (Compagnie Générale de Géophysique) that had a base in Brisbane, when in 1965 they had a project on Cape York (for Total as a client, he is pretty sure).

The Mission CGG, S: 6514, June - September 1965 "was a seismical ground study in this part of Cape York trying to see if there were any possibilities to find oil underground, by géophysical prospecting", he wrote.

Managing a Wenlock River crossing, Cape York. ©CGG Do Not Use Without Permission

To my question if he was the only Frenchman, Serge replied that the CGG technician staff was French, which included him as well as a head mechanic, and the project manager Jean Pierre Fortin - the only name the now 85-year-old Serge could remember from the top of his head.

"For all the other names, it's a long time now and I have forgotten", but "all other workers were Australians with a great part of new Australians from immigration".

"And for the main part it was their first job in Australia - quite a rough first contact with their new country - as it was for all of us - but they were young enough to enjoy that interesting departure in Queensland". 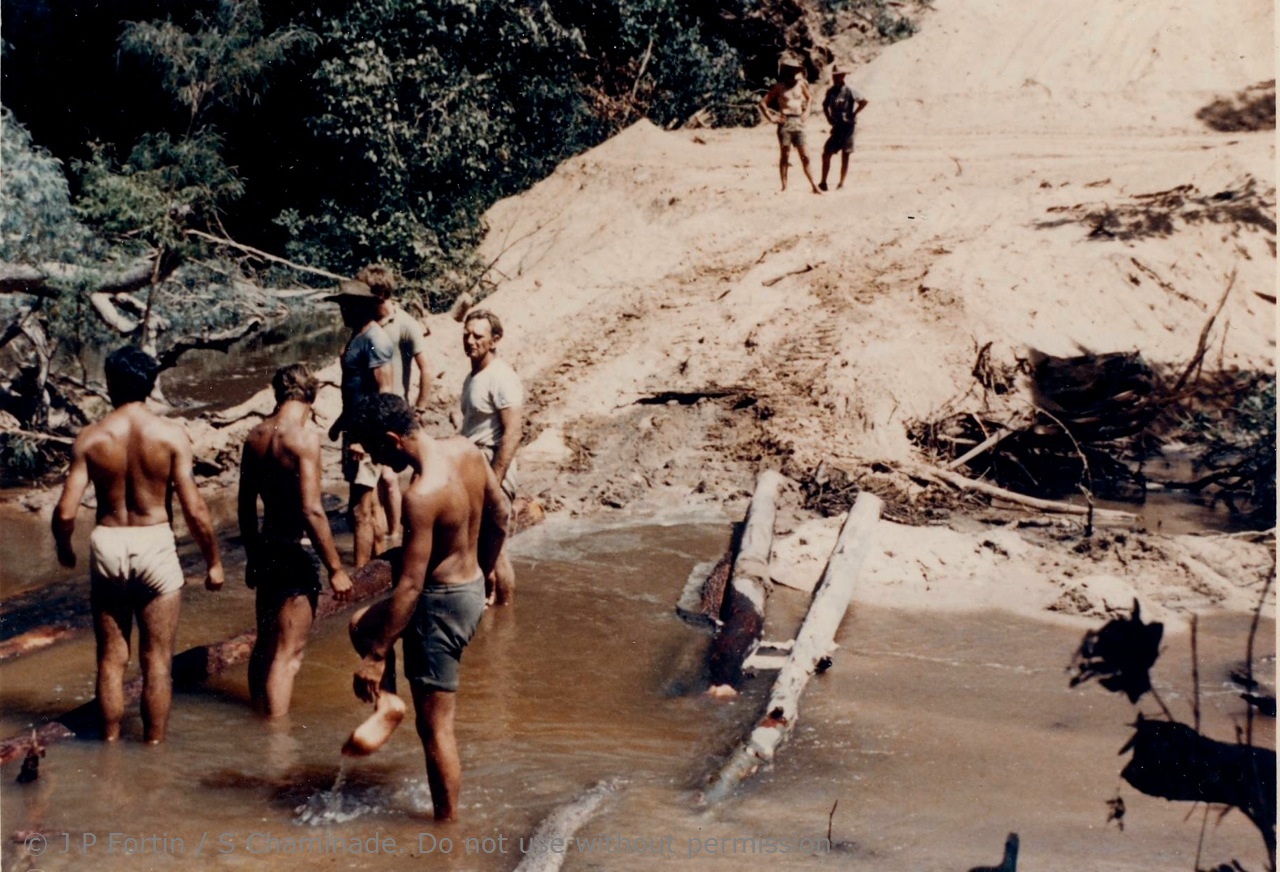 Establishing a Wenlock River crossing. ©CGG Do Not Use Without Permission

The retired topographer is certain that it was them who put the track in: "Before July 1965 there was no Frenchman's track in Cape York. I know it because I was the party surveyor, and I can assure you that before our work there, there was not any track."

He is very happy about his discovery: "Trying to visit my past surveyings works in Australia with Google Earth, I have been surprised to discover this name of "Frenchman's Track", with pleasure.

"I didn't know our work in Cape York could have left a souvenir like this one and I enjoy to see this track becoming now a nice trip for many adventurous travellers in four wheel drive."

Text and photos Copyright. Do not copy and paste without permission (this also applies to everything else on this website).

Join in and write your own page! It's easy to do. How? Simply click here to return to Cape York Memories.