Dugongs are some of the most amazing animals.


My closest encounter with one was while paddling near Magnetic Island outside Townsville, but they are found in all the northern waters of Australia.

It passed through under our kayak and nearly knocked it over, they are large animals.


They are funny looking animals, you kind of expect a whale's head but they are different.

They belong to the order Sirenia and the family Dugongidae, and they are the last species left from both.

Their closest known relatives - the Steller's Sea Cows - were hunted to extinction in the 1700s.

Dugongs are also called sea cows because they eat sea grass that grows in the bottom of the ocean, looking much like the grass growing in the paddock. 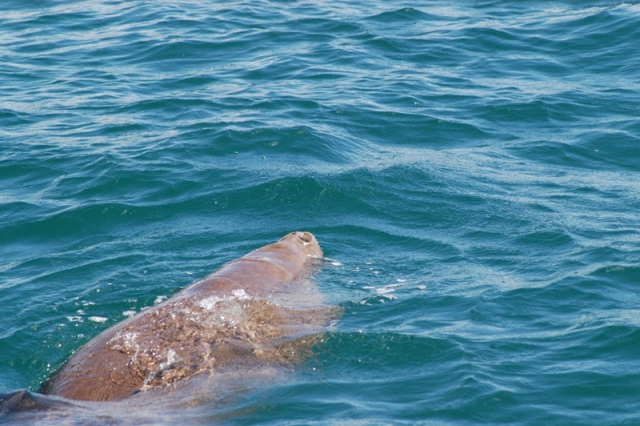 Their name - dugong - comes from a few different native languages and means the 'lady of the sea'.

It's body, indeed, is streamlined and females are believed to have inspired the old stories of mermaids with their big teats, slow, graceful movements, and the habit to 'walk' on their tail in the water.

They have a tail and flippers similar to those of a dolphin, but no dorsal fin or hind limbs.

They have a unique rounded head and a large snout with an elongated upper lip, adapted for uprooting and eating sea grass.

Their eyes are small, and like whales and dolphins they don't rely on vision as much as hearing - a much more efficient sense to use under the water.

They use sounds for communication, and the senses of smell and touch when looking for food.

Like whales and dolphins, dugongs need to surface to breath.

Unlike whales and dolphins, they are shy animals and don't approach humans. 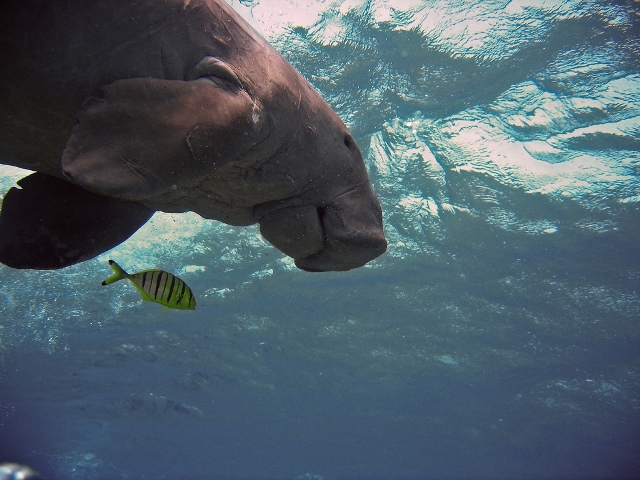 by .m for matthijs via Flickr.com


Where Are They Found

Dugongs are found in the waters of 37 different countries, from east Africa to Australia - in Indian and Pacific Oceans (while the similar looking and related manatees are found on the opposite side of the globe in western Africa, Florida, South America and the Caribbean region).

The largest dugong population is found in Australia, along the northern half of the continent - between Moreton Bay in Queensland and Shark Bay in Western Australia.

The southernmost individual was spotted in Sydney.

They prefer warmer waters and are more abundant in the far north - the waters around Cape York, the Kimberleys and the Top End of Northern Territory.

They also often prefer shallow waters and tend to be found along the coasts, in the bays, near islands and in the mangrove habitat.

They do also swim into deeper waters if the waters are sheltered and there is deep-water sea grass.

They are abundant in the Great Barrier Reef that is their major feeding ground, and Torres Strait where they move between the tip of Cape York peninsula and Papua New Guinea. 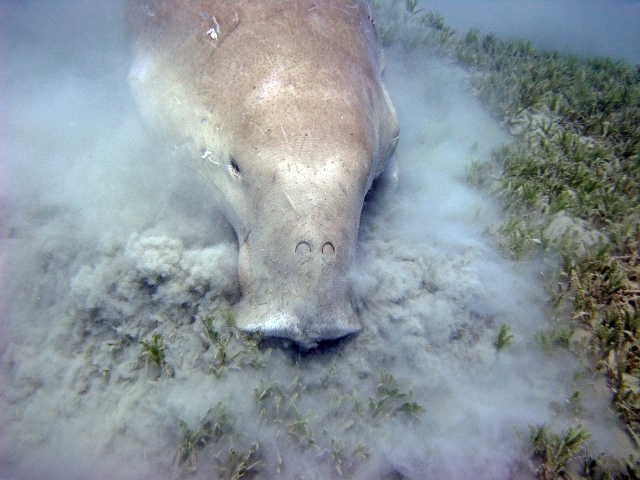 
What Do They Eat?

Their main food is sea grass, however, they are also known to eat algae and even invertebrates in colder waters and in the absence of sea grass.

They are known to specialise in certain meadows and species of sea grass.

When they eat they uproot whole plants, and usually eat all parts of them.

As they move along while feeding, they leave behind a trail on the sea floor. 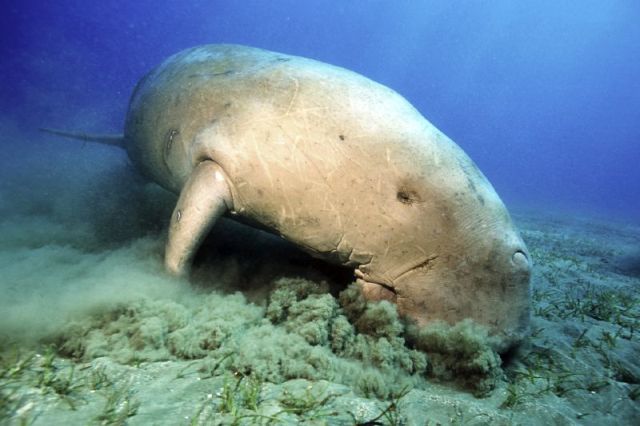 by Frank Gloystein via Flickr.com

Being large marine animals, dugongs don't have many natural predators.

Their young can be killed by sharks, killer whales and crocodiles.

Humans have historically hunted them for their meat, oil, teeth, bones and skin.

Just like whales, they have been easy targets for hunters thanks to their slow movements and proximity to the coast. 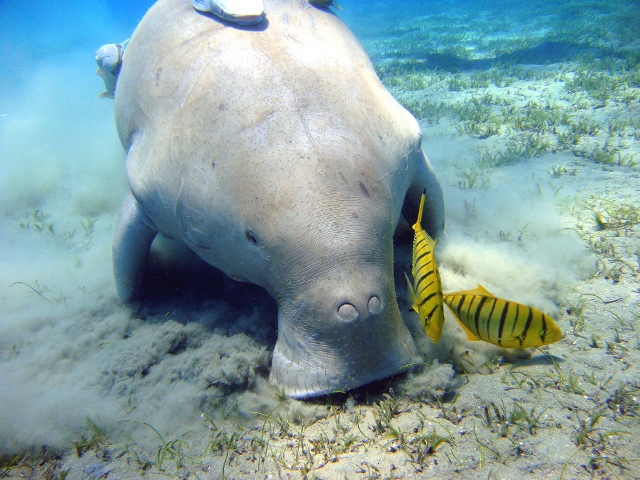 Dugongs are an important part of their ecosystem, and they are now protected by law in most of the countries where they are found. (many, including Australia, allow traditional hunting).

Dugongs numbers are believed to be decreasing. 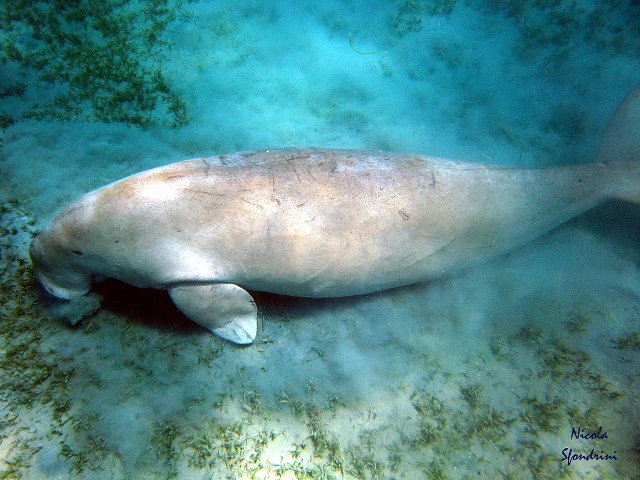 by Sfondrini Nicola via Flickr.com

A recent study has shown that dugong populations along the more inhabited coast of Queensland - south of Cooktown - may be declining.

In the waters of Cape York, north of Cooktown, their numbers appear to be more stable.