Cyclone Nathan was one of the scarier ones we have had in Cooktown.


At the time when it happened, 11 months after the scariest - Ita - it was the second strongest one we have had in the area for 50 years.


But it also affected other areas, particularly Arnhemland, which only a month earlier had the severe tropical cyclone Lam.


Cyclone Nathan first formed on the Coral Sea on the 9. March 2015, and started coming towards the coast near Cooktown as a weak, category 1-2 cyclone. 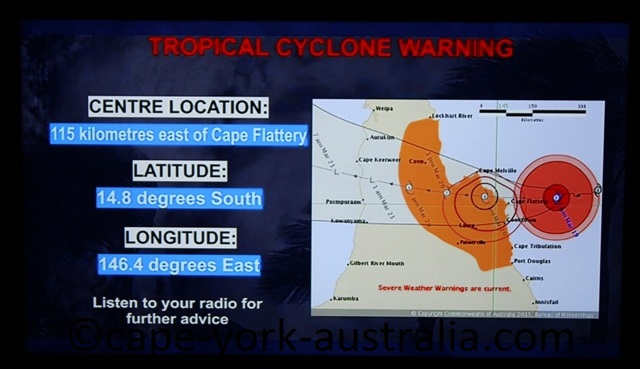 It came quite close, close enough to bring us the rains, flooding creeks and rivers and cutting us off when Little Annan went over the bridge.

But then it made the very unusual move to turn back to the sea - what we were told thanks to the larger cyclone Pam at Vanuatu that was affecting Nathan's movements by sucking it out to the sea. 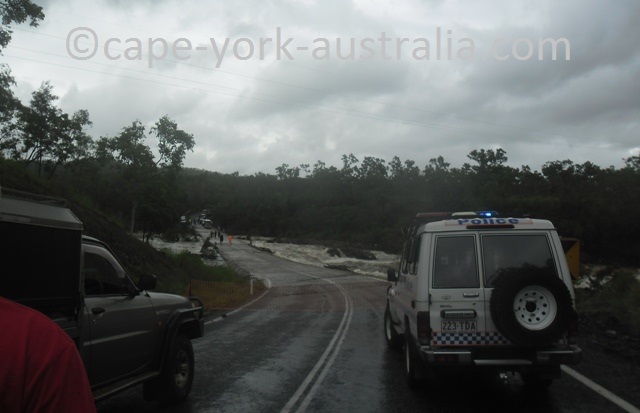 But once Pam was gone Nathan insisted on the coast, coming back after having had more time to grow bigger and stronger.

At one stage it looked like it was going down south, then there were warnings for Port Douglas and Cape Tribulation, and by Wednesday 18. March it was said the cyclone will be coming to Cooktown as a category four system. 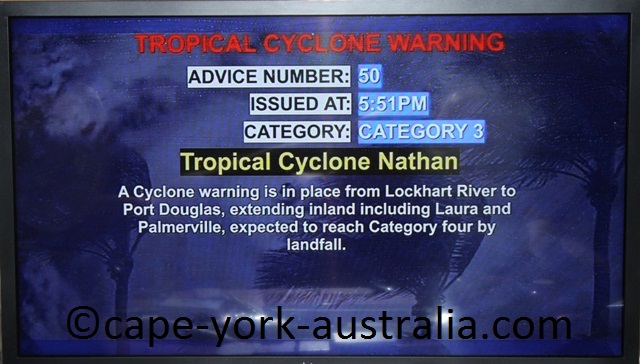 Eleven months after cyclone Ita and the monster still so fresh on the mind, we were in shock and disbelief but picked ourselves up surprisingly quickly, and the cyclone prep was a bliss as we remembered every step from the previous year.

Before we knew we had everything loose from the yard inside, we had drinking water, and dirty water in the wheelie bin, we had lots of frozen water bottles to keep the fridge cold and we had our cyclone kits handy, and most other things tucked away or covered just in case. Ita had been a very good lesson and one never learns this type of thing better than being through it first hand. 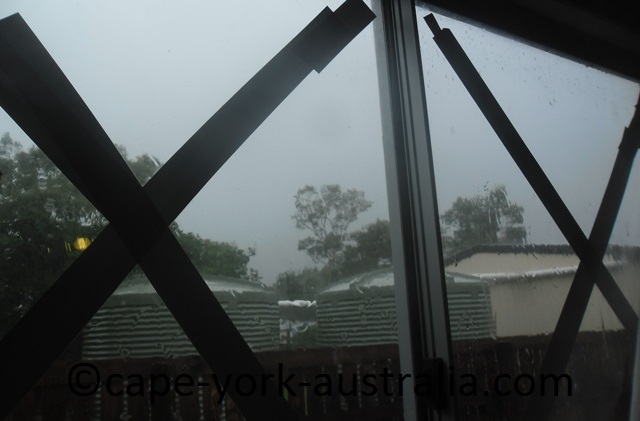 By Thursday 19. March we were relieved to see that the prediction had changed - Nathan was now said to cross the land north of Cooktown, leaving us only to the edge of it.

Obviously it was still going to get very windy, but at least we weren't going to cop the eye, so most people, like ourselves, decided to stay at home instead of going to the cyclone shelter like the year before. 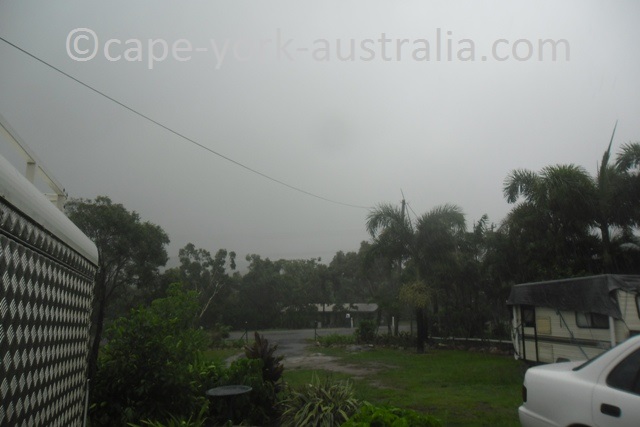 That night no-one went to bed - all the neighbours had the lights on the whole night. Around midnight the cyclone was close enough to the coast that the winds picked up.

Even within a cyclone, there are still gusts, there are calmer moments, and then there are the gusts coming from the distance, each one sounding like an approaching train.

Those gusts got pretty bad between about 1am and 3am, when our neighbour's shed was demolished, with the walls and doors flying in the air, one banging into our wall and another making a big hole in the shed on our other neighbour's. 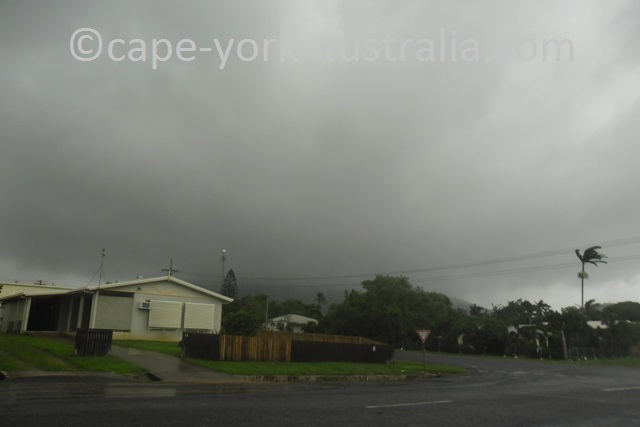 But luckily by then it was almost 3am, and Nathan was leaving fast. It was one good thing about cyclone Nathan, it was moving fast over the land, which means it managed to make less damage.

The wind died off, the rain got worse, and it was time to go to bed, until, we woke up to a calm, rainy day and went out to discover the damage. 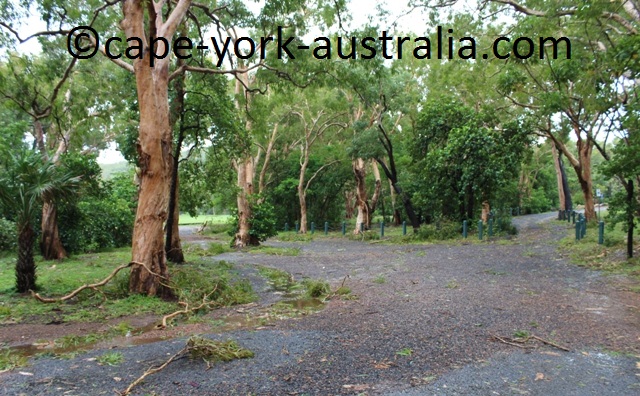 There was a lot less of it than you'd imagine after watching the news, it was only branch damage mainly, with a couple of uprooted trees, but nothing anywhere close to what cylone Ita left behind.

We were very lucky to not to get the eye, and believe Cape Flattery is probably flattened, particularly considering it was already broken, since it was also where Cyclone Ita crossed the land a year before. 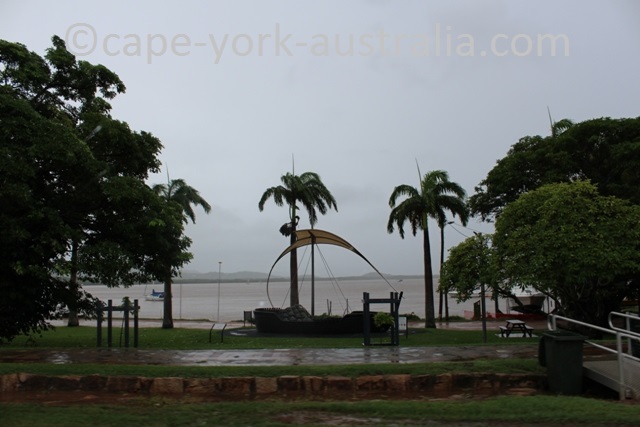 Nathan continued across the peninsula and Gulf Savannah as a category 1-2 cyclone, onto the Top End of Northern Territory, where cyclone Lam had left its mess a month earlier.