Cassowary bird is an amazing creature.


It is a large flightless bird that is only found in Papua New Guinea, and in the tropical north Queensland of Australia.

Its looks alone are impressive, particularly thanks to its beautiful colours and large size.

It is also known for its importance in the rainforest ecosystem, its rare but potentially fatal attacks, and the fact that the bird is endangered.


Cassowary is a ratite - a flightless bird related to emu.


And there are actually three different species. Two of them - the northern cassowary and the dwarf cassowary are only found in Papua New Guinea, and the third one - the southern cassowary, is the most common one and also found in Australia. 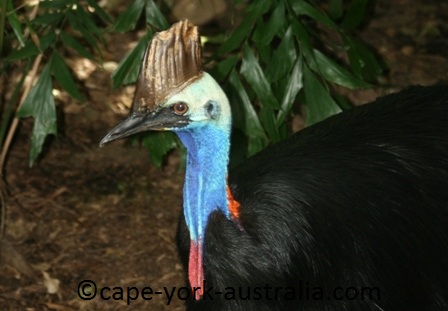 They are large birds, up to two metres tall, and the female is larger than the male.

Their head and neck are colourful with bright red and blue, and the brightness of the wattle changes with the mood.

Their large, elongated bodies are covered in black feathers, but juveniles are brown and look much like emu chicks.

They have large, three toed feet with claws, and a casque on top of their head - both great weapons. The casque and the feet of a female are larger than those of a male. 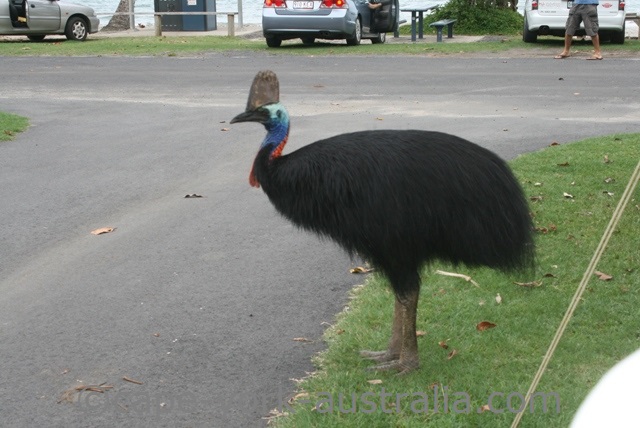 Where Are Cassowary Birds Found?

In Australia, they only live in tropical north Queensland, and their habitat is tropical rainforest. 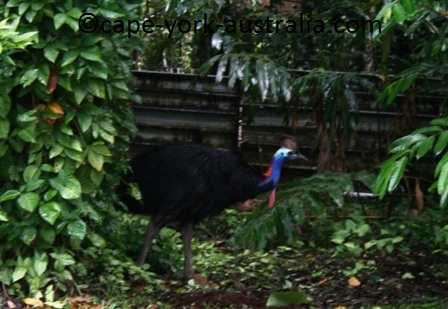 They do also come out of the rainforest to the drier vegetation, and you can spot them on your Cape York trip - you just have to know the spots they frequent.

The best spots where to see them are all in the Destination Guide. 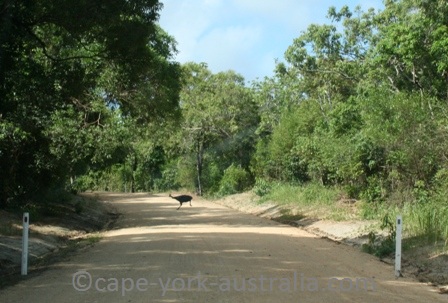 Ecology of the Cassowary Bird

When you see them, you see them alone, or with chicks, but not in a couple, unless you happen to see the mating or egg laying.

When you see one with chicks, it's a male.

Like in other ratites, such as emus, the male is the one to take care of the chicks - something that is unusual amongst birds.

The female circles between a few male territories, and is too busy laying eggs in the next place.

It is probably the reason why the female is larger, has larger feet and casque (weapons), and the female is also known to be more aggressive, particularly towards other females. 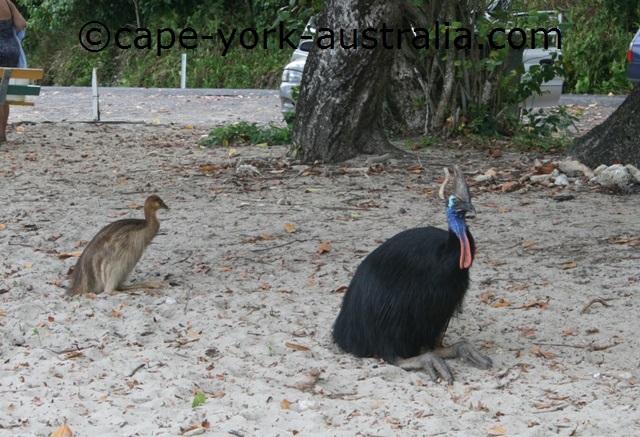 The breeding season is between June and October.

After mating the female lays large, green eggs, five in the average. And takes off.

The male incubates the eggs for about 1.5 months, and after they hatch, looks after the babies until they take off nine months later.

It is believed that cassowaries live 50 years easy. 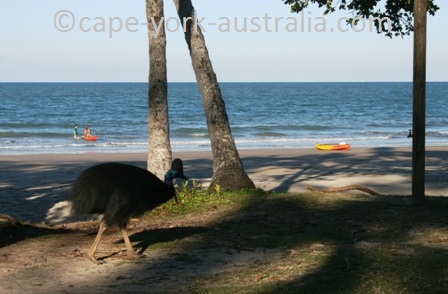 What Do they Eat?

They are mainly fruit eaters.

They do also eat some other plant material, even small animals and carrion, but their main diet is fruit, and not only that - rainforest fruit, from a lot of different species, belonging to more than 20 different families. 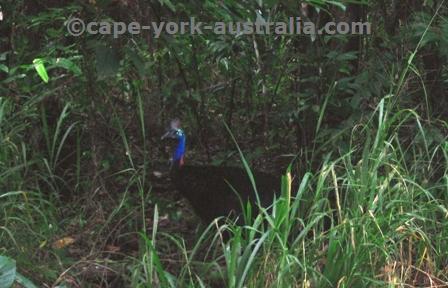 Being large birds they eat large fruit, which makes them one of the key species in the rainforest ecosystem.

By eating the fruit, then pooing it out elsewhere they are key spreaders of the seeds of rainforest trees and other plants, to some species they are the only spreaders.

And the bird is endangered. If cassowary disappeared, that would be the end of many important plant species in our rainforests. 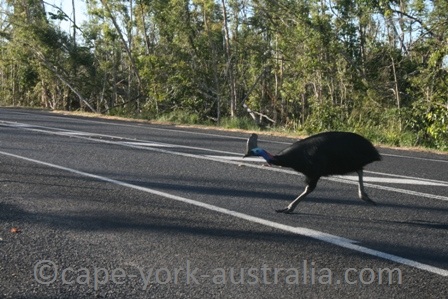 Like with many other species, one of the biggest threaths is habitat destruction.

Now that the mass clearing of rainforests no longer happens, tropical cyclones cause a lot of that. 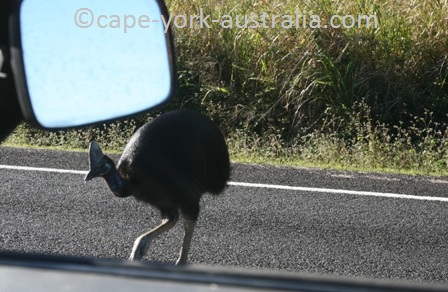 But another huge threat, probably even larger, is that humans feed them.

That gets them out of the forest to suburban areas and camping grounds, it gets them come to the roads and approach cars, and that is where they get run over. 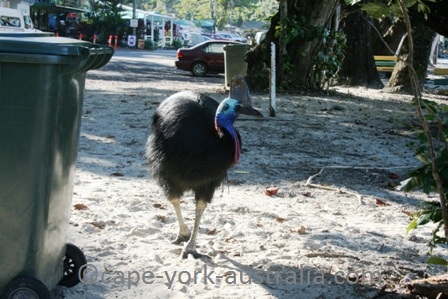 Feeding any wild animals, and dingo is another good example, makes them brave and aggressive.

They start coming to picnic tables stealing food, they start expecting to be given food, and can get aggressive when they are not given. 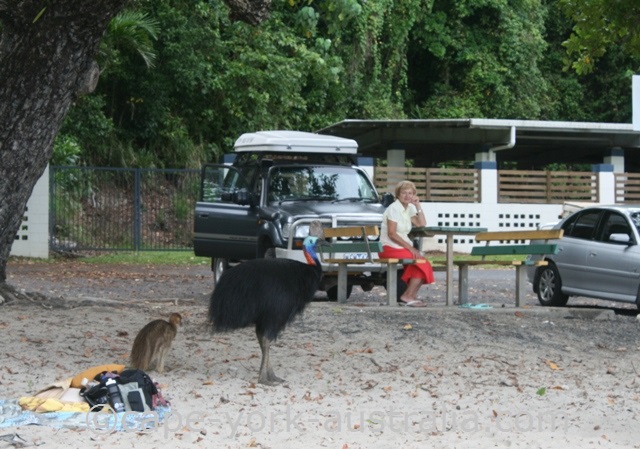 Feeding cassowaries is now actually illegal - which means if right people see it you will get fined. 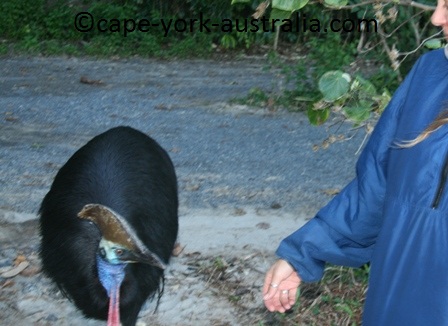 I am not feeding on the pic above, but the way it approached me, and the way it checks my hand clearly shows s/he is used to it.

And yes, I don't like to be this close to one.