Some are tiny, others are some of the largest in Australia.


Some are well known and easy to access, while others are remote and not so well known.


Many have lately been given Aboriginal names, and I guess they all soon will. 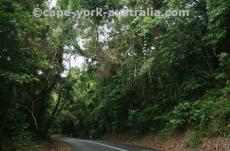 The best known is Daintree National Park in the Wet Tropics. It protects lush, dense tropical rainforests, which you will drive through. There are also a few walks, but the whole park, particularly the northern, Cape Tribulation section, is quite commercialised compared to the other parks further north. 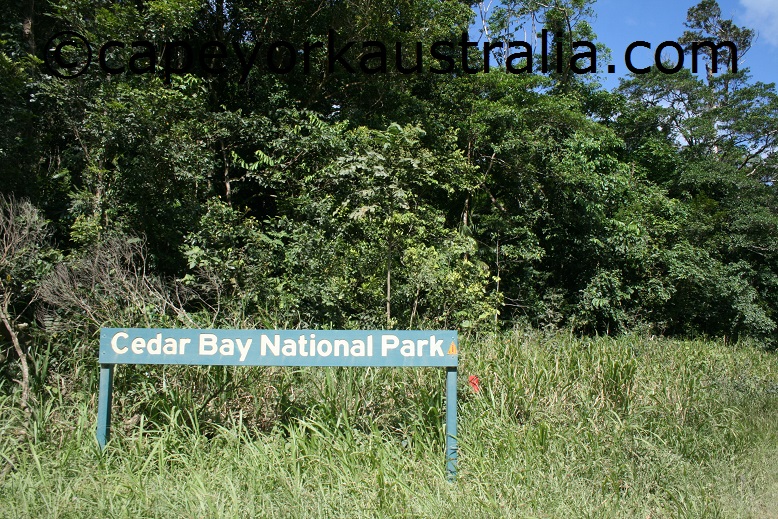 The next park to the north is Cedar Bay north of Bloomfield. As you drive the Ayton Rossville Road, you drive through the park, but to enjoy the park it's one of the hardest. There are two long bushwalking tracks only for experienced walkers, and that's the only way to get to the actual bay. 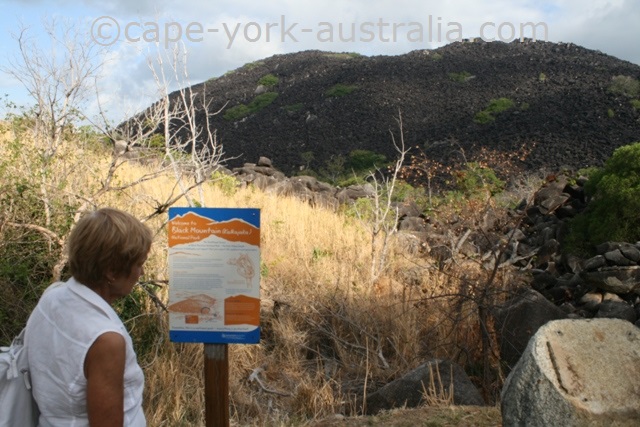 South of Cooktown is Black Mountain National Park along Mulligan Highway, north of the turnoff to Wujal Wujal. It is a very unique black mountain, looking like a heap of large granite boulders, which you can have a look at from the highway car park. And that's all you can do - there are no bushwalks or camping. 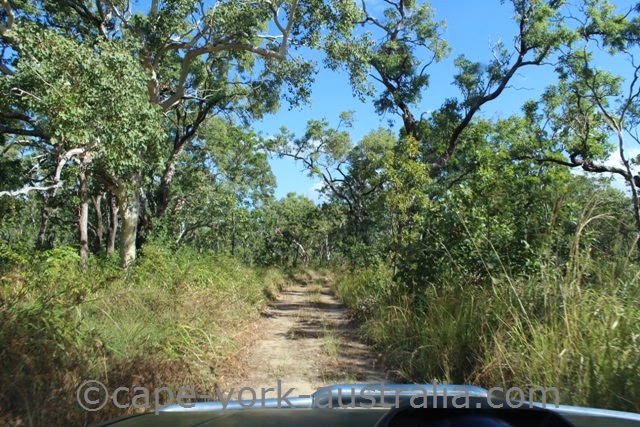 North of Black Mountain is Annan River National Park - the largest in the area but with no access and no facilities. The closest you get to it (unless boating or flying) is Walker Bay in the mouth of Annan River, and Fisherman's Bend just north of the highway bridge across the same river, south of Cooktown. 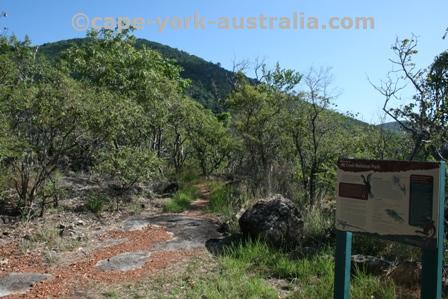 Just south of Cooktown is Mount Cook National Park. It is a small national park, and it protects Mount Cook. There is a walk to the top of the mountain, but there is no camping in this park. The walk is quite a climb in places and recommended for people with at least medium level of fitness. 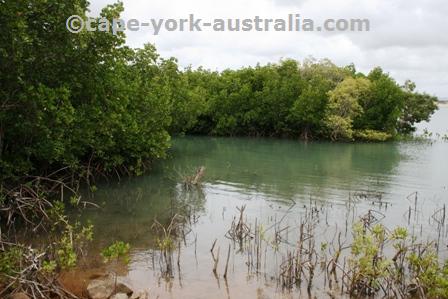 Endeavour River National Park is just north of Cooktown, and it protects the mangrove habitats of Endeavour River - one of the two large rivers of Cooktown (along with Annan). There is no bushwalking, camping or any visitor facilities in this park, and the best way to discover it is by a boat. 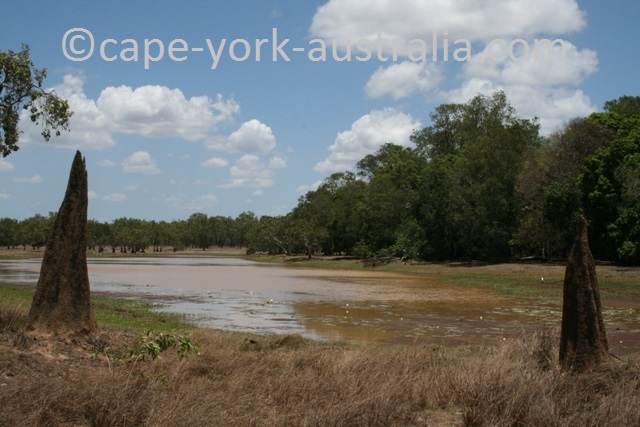 Lakefield National Park is north-west of Cooktown, and it is the largest one of all the peninsula's national parks. It covers savannah grasslands, wetlands, mudflats and floodplains, and it also has shady camping sites and two walking tracks. It is quite easy to see brolgas, jabirus, and crocodiles. 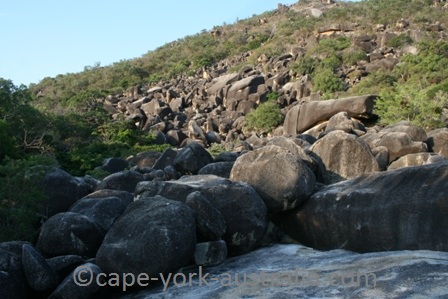 North-east of Lakefield, Cape Melville National Park can be reached from the west via Lakefield NP and Musgrave, or from the south via Starcke - Wakooka Track. There are plenty of very nice camping and fishing spots, and consequently the park is most popular with Australians doing long time camping and fishing. 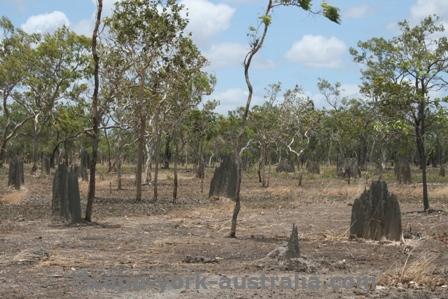 Mungkan Kaanju is one of the larger national parks on the peninsula, covering a fair area between Coen and Archer River. It mostly covers dry open woodlands, and looks like that during the whole 60km drive in to even the closest camping spots, where there are rivers and lusher vegetation. There are no walking tracks in this park. 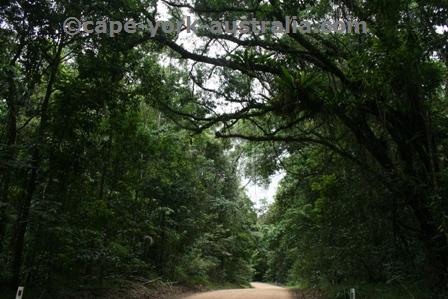 Iron Range National Park is the most special of all of our national parks. It covers the largest area of lowland rainforest left in Australia, and is the only pocket inhabited by many birds and animals that Cape York shares with Papua New Guinea. It is the only place to see eclectus parrots, green pythons and many other species. There is nice camping, and two bushwalking tracks.

Jardine River National Park is another large park, near the tip of Cape York. You drive through it in the northern end of the Old Telegraph Track, and you can drive through it for a long while if you do the 60km drive to Sadd Point and Ussher Point. There is some camping, but no bushwalks. The vegetation is tropical savannah woodland with many blackboys and Zamia Palms.

And it changed to the worse for us Cape York travellers.

No longer can we pull up, pay at the self registration station and put the tent up.

We now have to plan all our national parks camping, which on a Cape York trip is next to impossible.

We all know how hard it is to plan a Cape York trip with such detail, and even if you tried, having to keep the schedule while travelling would be stressful and take the joy out of the trip.

Unless, of course, there is phone or internet reception so that you can book at your arrival - but in most Cape York national parks that is not the case. 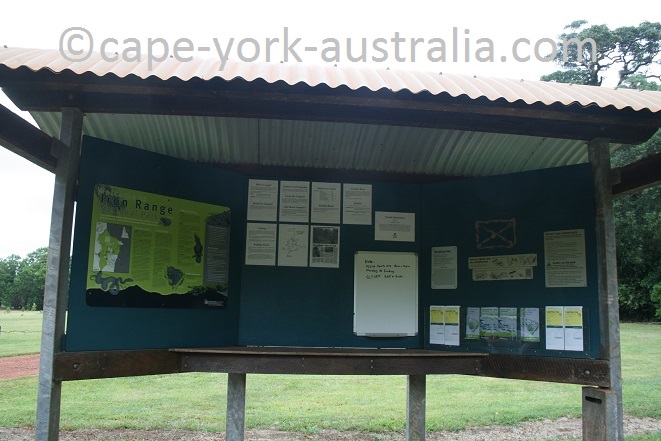 Until February 2012, all you had to do was to put cash into an envelope at a self registration station and put the envelope into a box.
A piece that you could rip off went to your windscreen so that rangers who check in the mornings knew you had paid. 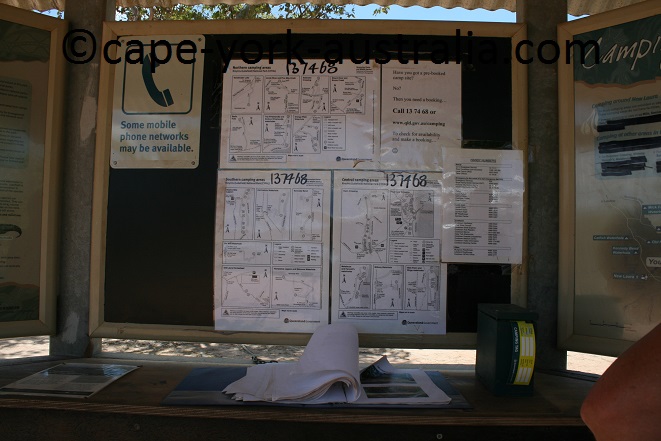 Now you have to book on the phone or online, and your best hope is, like the sign above says, 'Some mobile phone networks may be available' (in most places not).

Camp outside - perfectly legal if you know the spots.

Details in the Destination Guide.