Bypass Roads are an alternative to the Old Telegraph Track.


If you want to take it easy and don't like to drive your vehicle through creek crossings along a rough track that takes you ages, this is an easier and quicker option.

These roads are longer than the Old Telegraph Track, but they are in so much better condition that you save time.


That said, I would never recommend anyone to miss out the Old Telegraph Track, which is by far the best part of a Cape York trip. 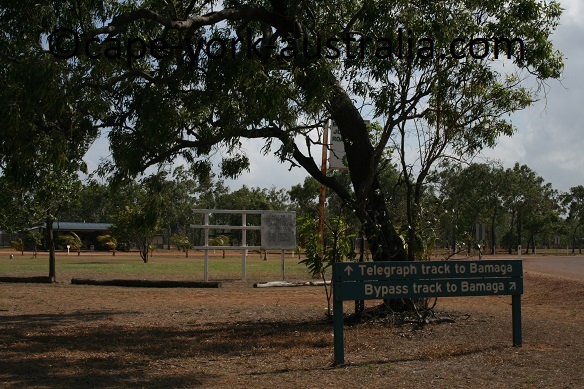 The Southern Bypass Road starts in Bramwell Junction. It is longer than the northern half, but it is a bit better - some parts are even sealed towards both ends of it. It passes by Bramwell Station, a turnoff to Shelburne, and further north the turnoff to Captain Billy Landing - a nice but often windy coastal camping spot on the eastern coast of Cape York. 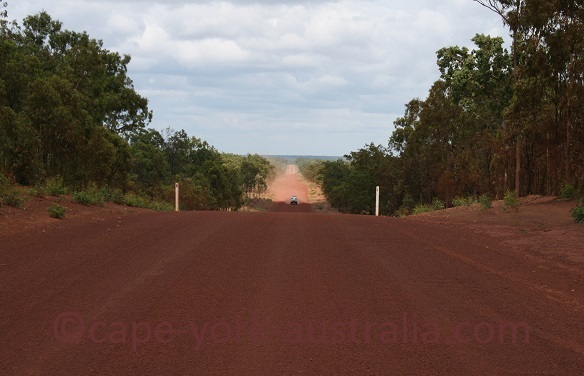 In the middle of the southern and the northern half, they join the Old Telegraph Track, or, rather - the Old Telegrph Track joins them - there is no adventurous four wheel drive track for a little while. Then there is a sign to Cape York's most famous waterfalls. 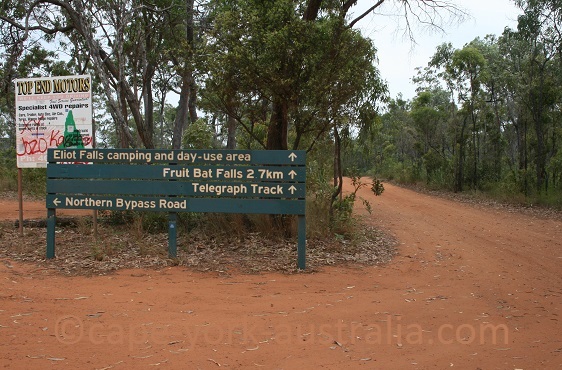 First you come to Fruit Bat Falls, which is a day use area with a picnic table and a small parking lot.

A few kilometres further north are Eliot and Twin Falls. Here, you can camp over night. It is a very nice place to camp and gets crowded during the high season.

All the three waterfalls are great for a cool dip, and a good break from the dusty roads. 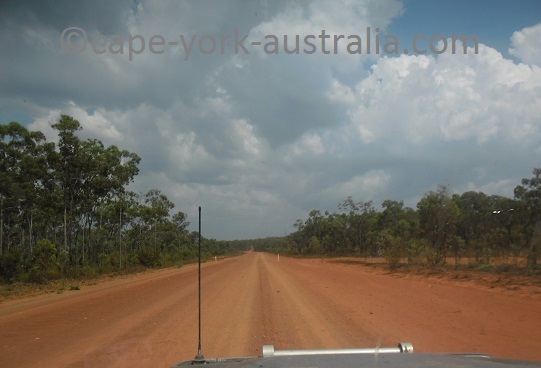 The Northern Bypass Road starts north of the waterfalls, and goes another 62km north to Jardine River Ferry.

It passes by the turnoff to Vrilya Point on the western coast of Cape York.

The northern end of the Bypass Roads is south of Jardine River.

Later, after the Jardine River, you will pass by another turnoff - to Ussher Point and Sadd Point on the eastern coast of Cape York.

It is a beautiful spot, with clear water, and a great place to cool down.

The only downside is that during the high season it can get more crowded than some other, less known swimming holes. 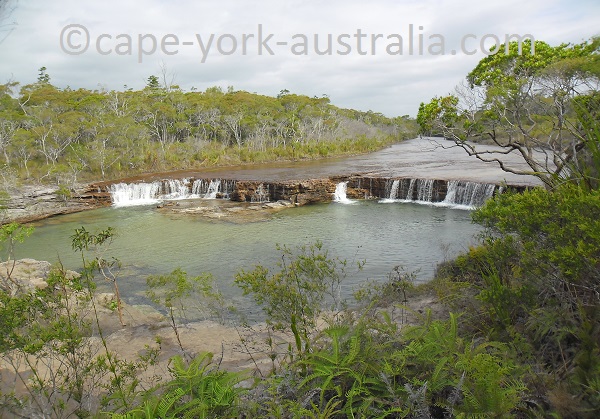 You can swim in the pool under the falls, 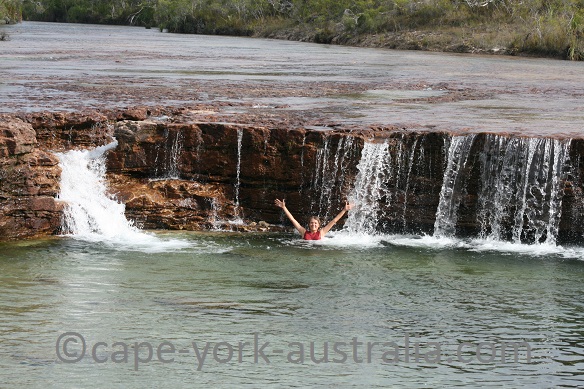 ... or you can find a swimming hole on top of the falls as well. 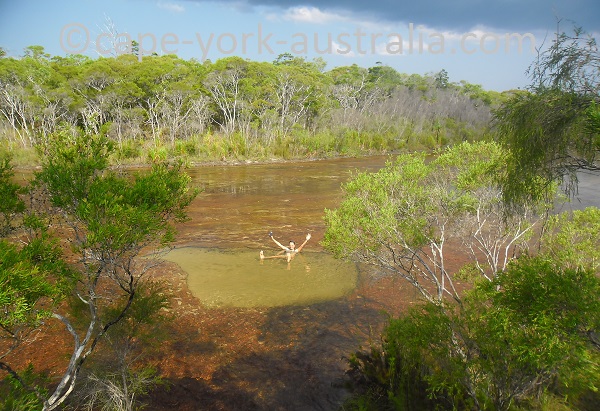 I have heard well travelled people saying that it is the best swimming hole they have seen in the whole Australia.


Twin Falls are some of the best swimming holes in Cape York.

Just north of Fruit Bat Falls, another great swimming hole, they make a great break from dusty roads - it's a cool dip you will remember!

They are right next to Eliot/Indian Head Falls, which are nice too, but not as nice for swimming. 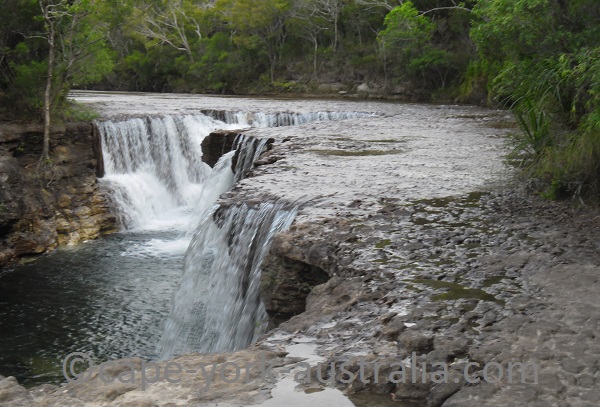 Eliot and Twin Falls are a short walking distance from each other. 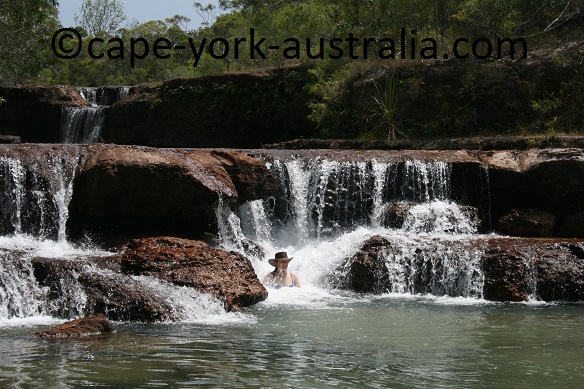 Both are easily reached from the main road, near the junction of the Old Telegraph Track, and Northern and Southern Bypass Road.

It is on the eastern coast of Cape York and reached from the southern part of Bypass Roads. 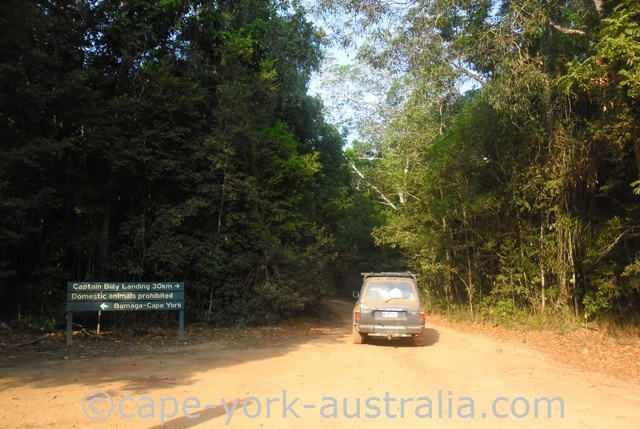 The road in goes through some tropical rainforest ... 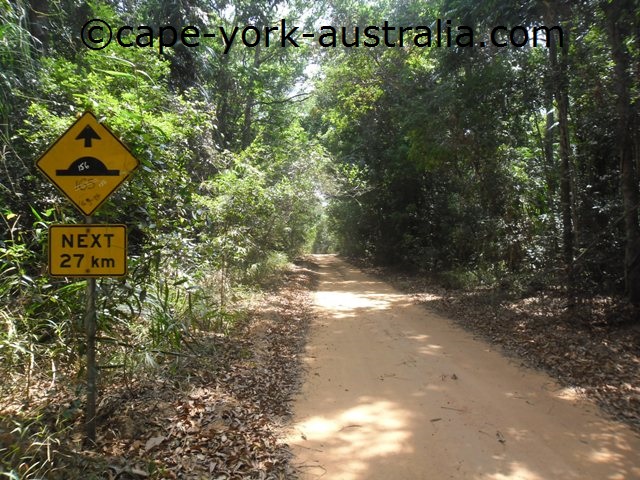 ... and then a heathland with some views, 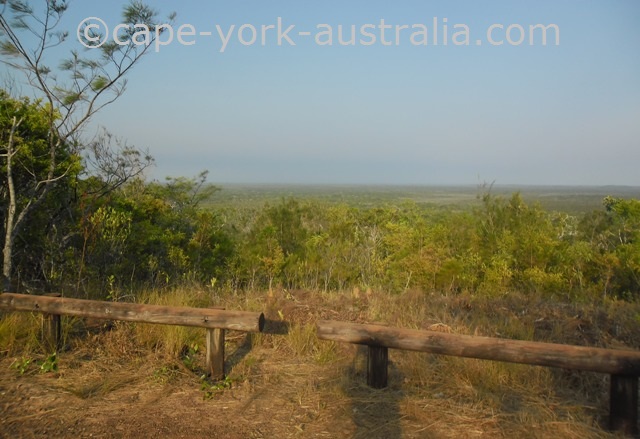 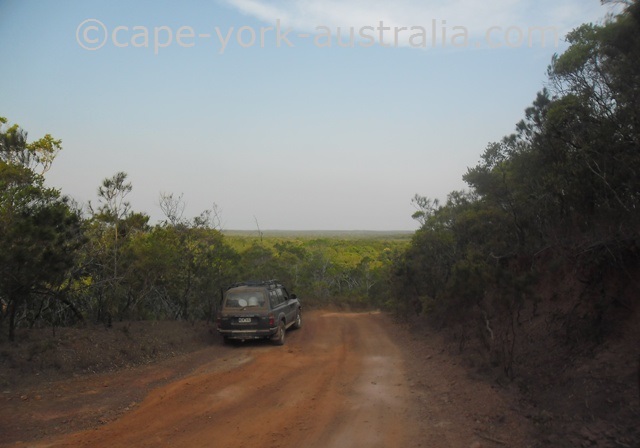 It is a nice spot, 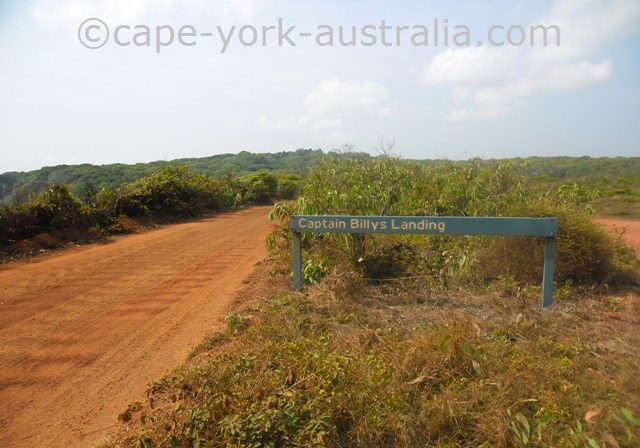 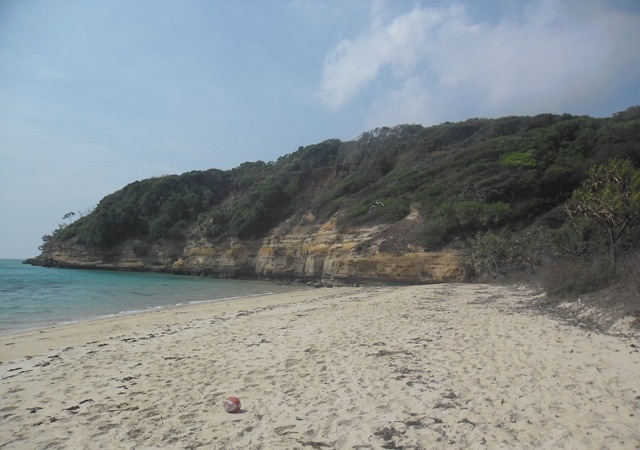 ... and a white sand beach, but it's often windy, as many other places on the eastern coast of Cape York. 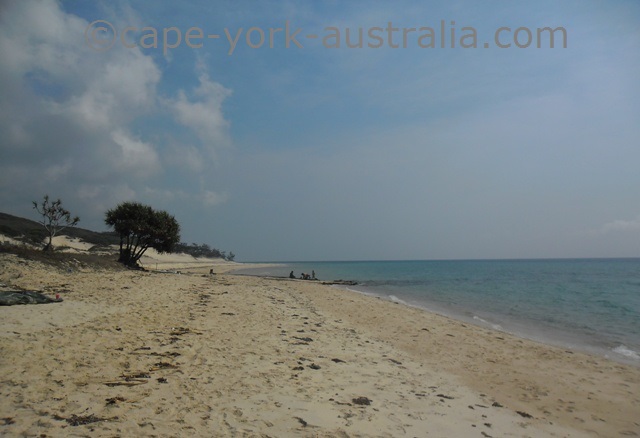 And then - there is the East Coast Drive :-) 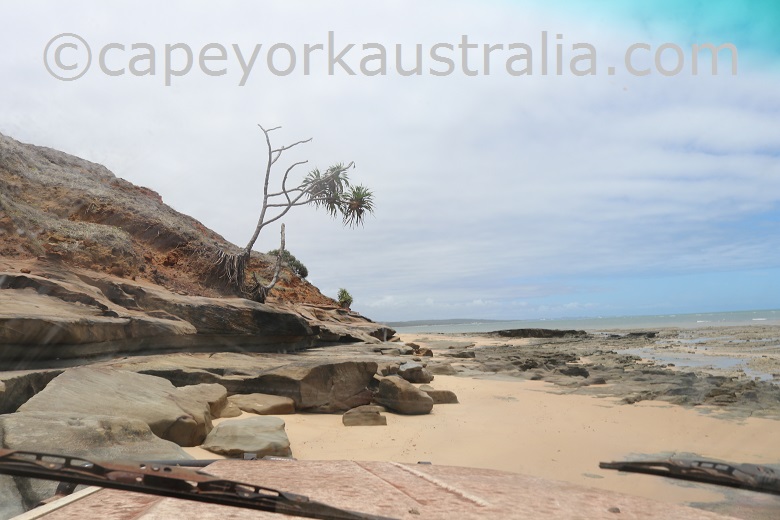 
Vrilya Point is on the western coast of northern Cape York.

It is a beautiful coastal spot and a lookout point on the western coast of Cape York - you are in the Gulf Savannah!

It is reached from the northern one of the two Bypass Roads that bypass the Old Telegraph Track.

It is not so often visited by the average Cape York traveller, but it's not that far in from the Bypass Road.

Not long after turning in you come to a great swimming hole - the Crystal Creek.

It's beautiful with clear, clean emerald green water and it's a great spot to stop for a cool swim, and there are also camping spots both on the eastern and western side of it. 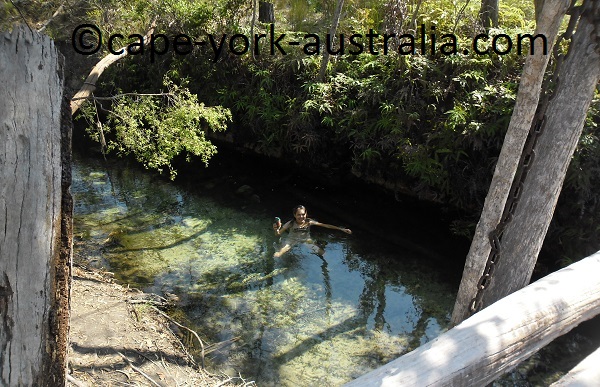 The bridge itself is quite broken so take care when crossing it and get your wheels right.

UPDATE 2015 This is currently where the road into Vrilya Point is closed. 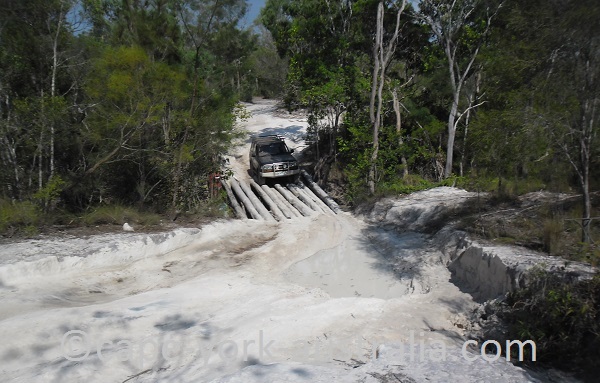 Next you travel through some open woodland with some forest palms and grass trees ... 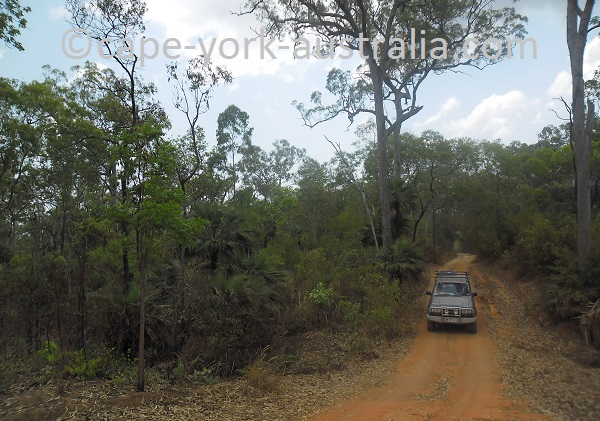 ... until you come to a lonely old grave and a road junction where you can either turn north or south. Turning north takes you to a casuarina beach, and there is a beach drive even further north to an old shipwreck. 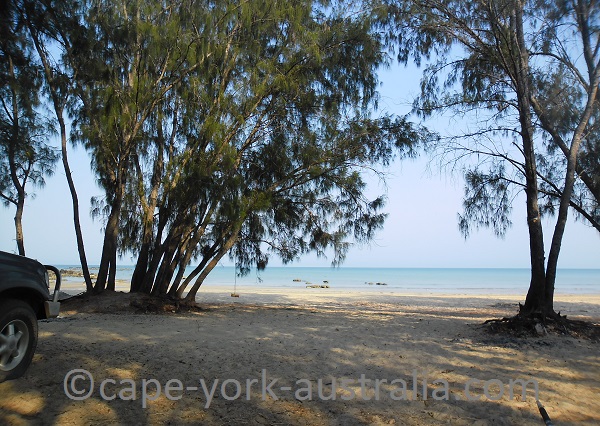 Turning south takes you to another casuarina beach, and past the lookout point that overlooks the northern beach from the top of some red cliffs. 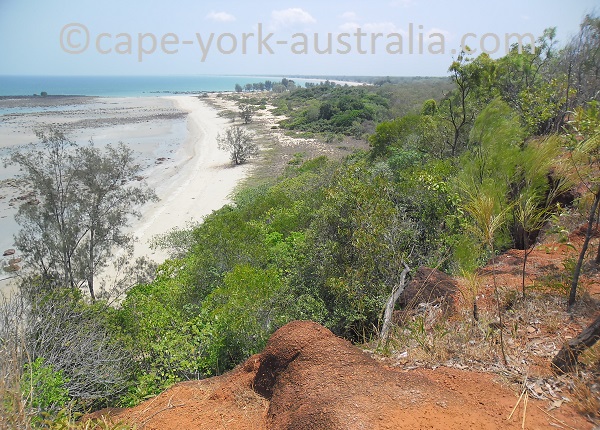 Vrilya is a great place, the only thing can be sandflies it's windy.