Black headed python is a very common snake to see.


It is found in the northern half of Australia, including Cape York peninsula.

During the cooler months (which is the high season for Cape York trips), this snake (Aspidites melanocephalus) becomes active during the day time and often crosses roads and tracks, so it is easy to see, without any effort, through your car window.


It is also one of the most distinctive snakes, easy to recognise thanks to its black head and striped body and a thin tip of tail. 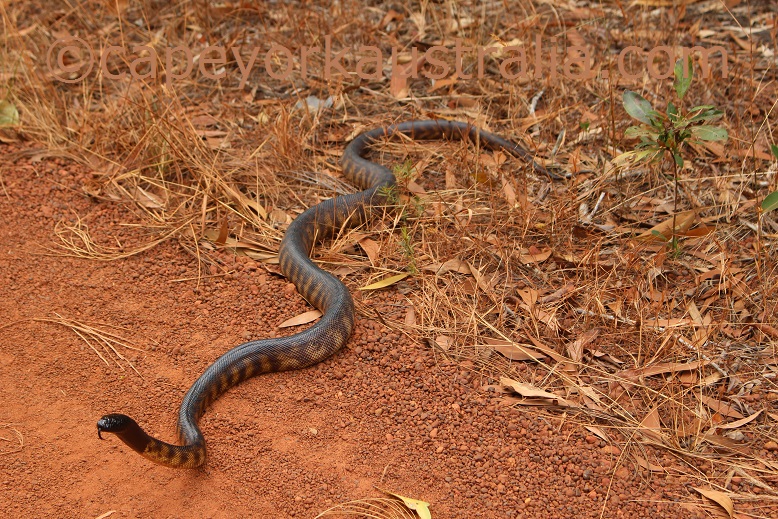 And it is harmless, non venomous and usually reluctant to bite. It can bite, though, and should always be handled with respect like all other snakes.


Harmless Snake But It Can Bite

During the Wet Season and particularly the build-up, when the climate is hot, black headed python is nocturnal, but during the cooler months it is easy to come across it during the day time.

Some people, knowing it is a python which are harmless snakes, will go close disturbing it.

You know it's getting too much for it when it starts hissing loudly.

It can also open its mouth or strike with a head butt, even though it is generally reluctant to bite.

Bites have happened, however, and although not poisonous, these snakes have powerful jaws and can deliver a painful bite that may get infected and take time to heal.

Not a good thing to happen if you are somewhere remote. 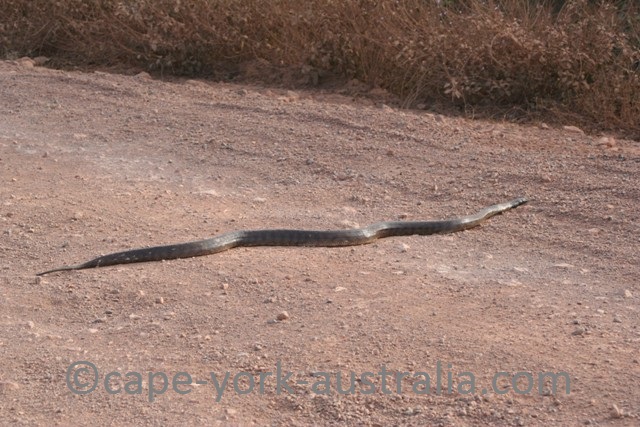 It has a slender body, a bit flattened, and its tail is thin.

It has a stripy pattern, and colouring varies from shades of grey to brown (some apparently also creamish, and even orangeish or yellow - those are more found in western Queensland).

Whatever the exact colouring, the black headed python always has a very distinctive shiny black head, throat and neck.

It is believed that the black head, drawing the heat more efficiently than the rest of its body, serves as a solar panel and heats the rest of the body even if it's only the head that is exposed to the sun.

That helps the snake to hide from predators, leaving the rest of the body in its burrow. 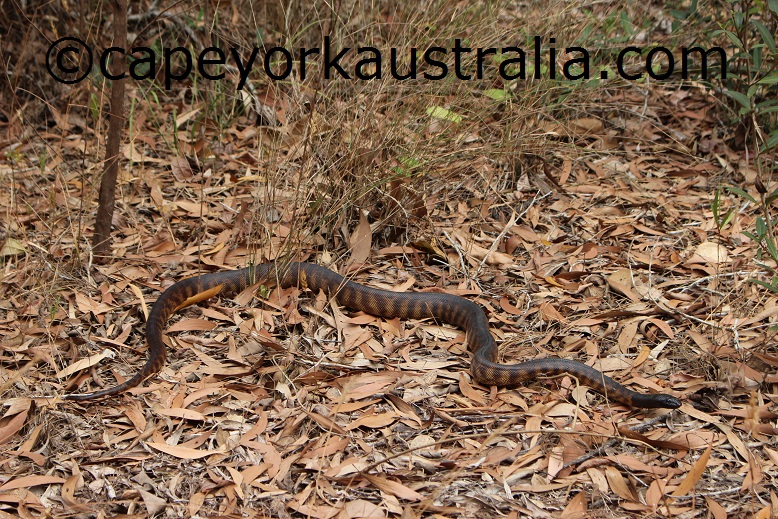 Black headed python is found roughly in the northern half of Australia, including the Pilbara and Kimberley regions in Western Australia, northern and eastern half of Northern Territory, and most of Queensland (with the only exception of the very south).

They prefer humid to semi arid areas and avoid the driest regions like inland Western Australia and western Northern Territory.

They live in coastal eucalypt forests, shrubland, heathland and deserts, and they particluarly like rocky areas and places near water.

They shelter under and amongst rocks and debris, in caves and rock crevices, in hollow logs, burrows and soil cracks, and inside termite mounds. 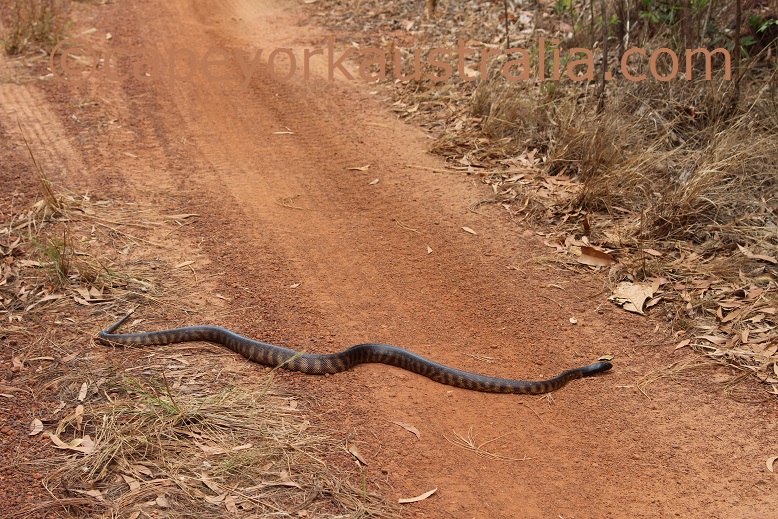 Like other snakes, black headed pythons are carnivores, and they eat whatever they can get - frogs, birds, small mammals, but they particularly like other reptiles, such as lizards and other snakes (even poisonous ones, such as king brown).

Like other pythons, they don't need poison to kill, they coil around the prey and suffocate it.

Coiling is also used by females when incubating their eggs, which they do for a few months a year.

That happens during the hottest time of the year - the late Dry - the so-called build-up season.

Mating occurs during the coolest months (June-July), and five to ten eggs are laid per clutch.

Once they hatch, the young start catching insects and small prey.

They are vulnerable to predation, even cannibalism, and they take up to five years to mature.

The individuals that do survive have not many predators except dingos. 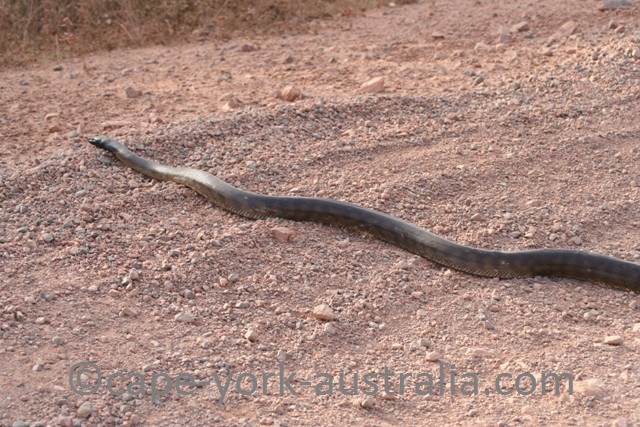