Australian platypus is one of the strangest animals.

It has fur like mammals' and it lays eggs like reptiles - no wonder the early European scientists were really scratching their heads when they first saw one in Australia.


It is found only in Australia, more exactly in the eastern Australia, from Tasmania in the south to the southern end of Cape York peninsula in the north, and if you look in the right places you can see it on your trip.

So What Is It?

Well (I can imagine after a good few discussions in the old British Association for the Advancement of Science), it was finally decided that the Australian platypus would be classified as a mammal and not a reptile.

It was further classified as a monotreme - an early branch of mammals (later ones being marsupials and placentals), together with echidna - the only other egg laying mammal left in the world.

Australian platypus is the only remaining member of its genus (Ornithorhynchus) and family (Ornithorhynchidae), but there are fossils of more species that used to exist. 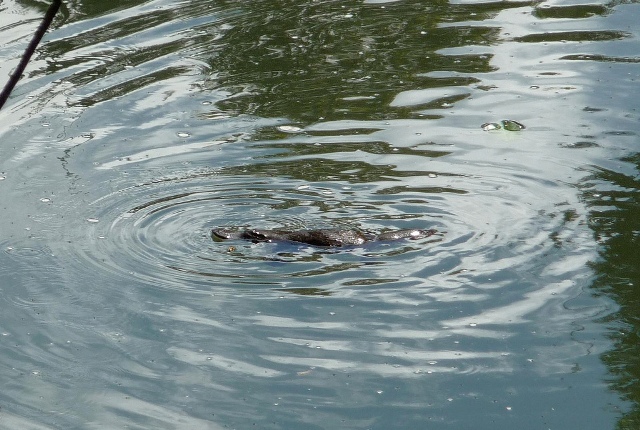 by Nancy Baym via Flickr.com

It sure is a strange looking animal with its large 'bill', fat tail and webbed feet.

They are not that large, up to about half a metre in length and they weigh about 2kg.

It has adapted to a whole range of different temperatures from the hot and humid tropical rainforests of northern Australia to the southern cold, Alpine mountain streams of Tasmania and Victoria.

The animal is actually much more common in the south, but the best places to see them up in far north Queensland are Atherton Tablelands and Daintree National Park. 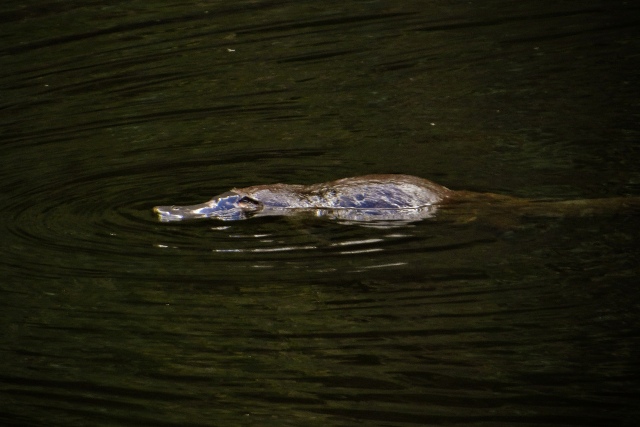 Australian platypus is mostly nocturnal, but can be seen day time, particularly on an overcast day as well as at dusk and dawn.

It is a semi aquatic animal - it rests in burrows on the land (near the water surface), and forages in the water, more exactly freshwater streams and rivers.

In the water, it dives in search for food (about half a minute), then comes to the surface to breathe (10-20 seconds).

It is a meat eater, and it eats insects and their larvae, worms, and small crustaceans such as shrimps and yabbies.

It carries the prey to the surface in its cheek pouches, then eats it at the surface. 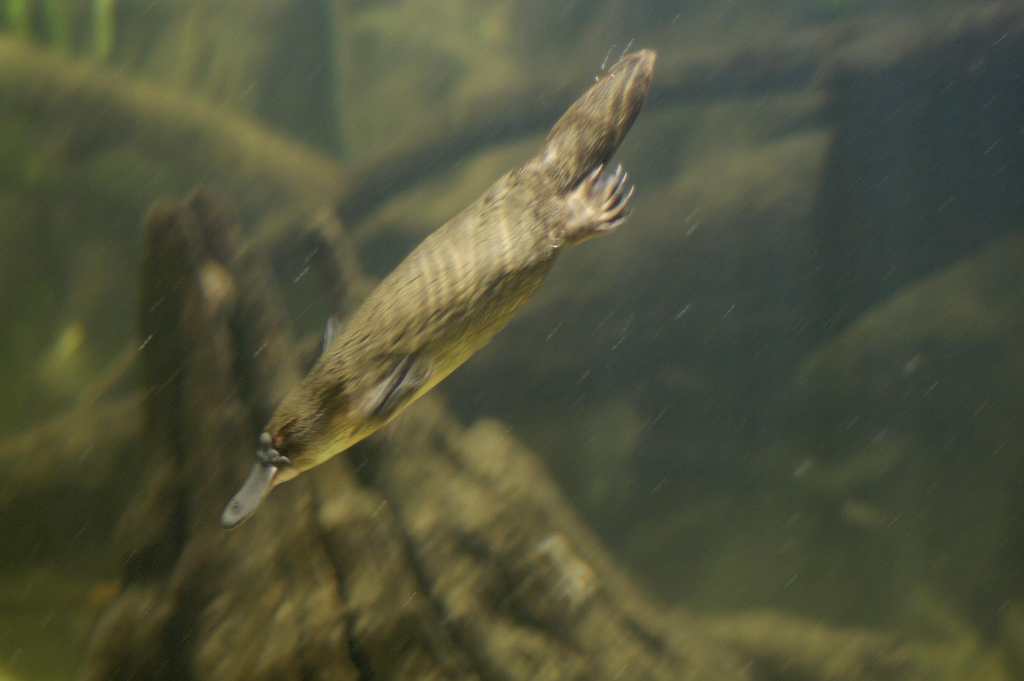 by Cha222 via Flickr.com

Apart from seeing, hearing and other senses, Australian platypus (and other monontremes), also have a sense of electroreception.

When they dive in search for food, they close their nose, ears and eyes, and rely on electroreception when locating their prey.

The receptors are on its bill, and they let the animal to determine the direction of and distance to an electric source (electrical currents created by the movements of the prey). 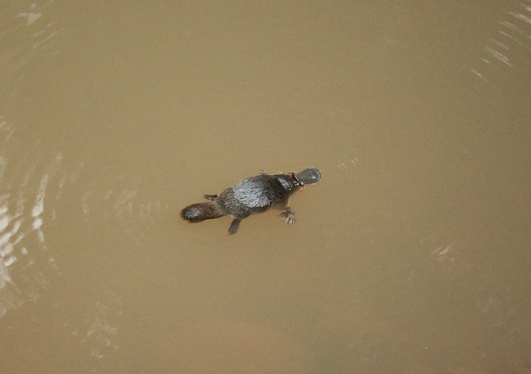 Both male and female are territorial, although females have smaller territories than males.

Mating occurs in the Dry Season (June to September), and about a month after mating, the female lays one to three leathery, reptile-like eggs.

Once the eggs are laid, the female curls around them, warming them and inclubating them for about 10 days.

Once they hatch, the young are hairless, blind and fed milk and looked after by their mother for about 3-4 months. 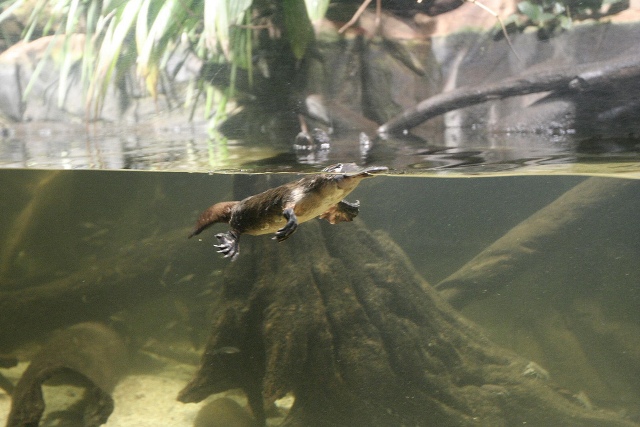 by YTK23 via Flickr.com

It is not as venomous as our poisonous snakes, not able to kill a human, but it sure is venomous enough to kill a dog, and cause a lot of long lasting pain to a human being.

It is only the male that has the venom, the female does have the glands when born, but they are rudimentary, do not develop, and drop off within the first year of its life.

Because it's the male, and because the venom increases during the breeding season, it is believed that its main purpose is the male competition in reproduction. 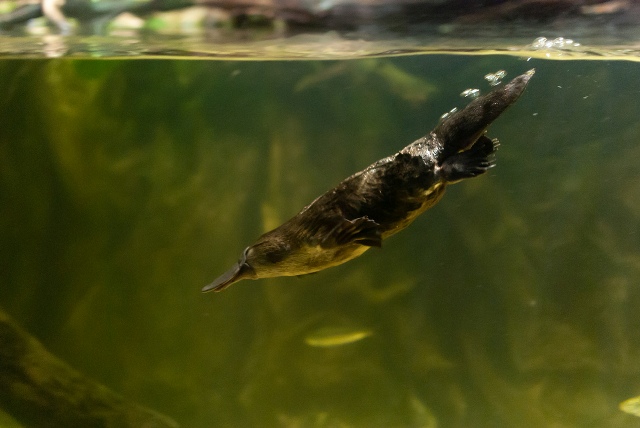 by The Eggplant via Flickr.com

Australian platypus were widely hunted for their fur until the early 1900s, when they became protected. They went extinct in South Australia.
Despite the hunt, the fact that they also were caught in inland fishery nets, and the pollution of freshwater streams and waterways, the species does not seem to be under immediate threat of extinction.

While local declines may be less known, the species seems to be abundant throughout the rest of its original range (except SA).