Australian lizards is a huge group of animals.


Nowhere else in the world is there as many lizards in one country as there is in Australia.

They also like warm places, because like most other reptiles, they need warmth to keep their own body temperature up.

And in Cape York and northern Australia, there is plenty of heat and plenty of the outback - excellent lizard habitat.


We don't have some of the more famous ones such as perenties or thorny devils, but we have other beauties like frilled lizards, lace monitors, blue tongue skinks and many others.

The ones you see lots of, the small ones that run around in the leaf litter on the ground, are skinks - the largest group of Australian lizards with 370 species. 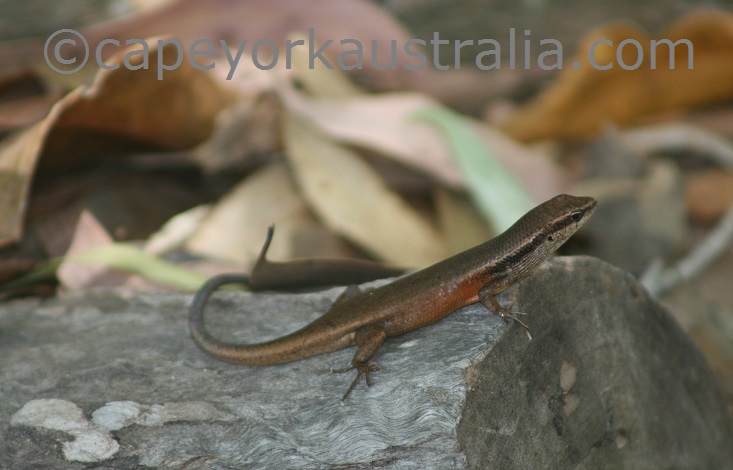 A small skink on the ground in Cooktown.

Some are legless, most have legs, and many are only known by Latin names. Some of the most famous ones are the larger ones, such as Blue Tongue Skinks. One species of them - Tlilqua scincoides - is found in Cape York.

Geckos belong to a fairly large group of small nocturnal reptiles. The best known ones to us locals are house geckos that live in our homes. Unfortunately nowadays the introduced Asian House Gecko has overtaken the niche and forced the original native house geckos (Eastern Dtella Gehyra dubia) back to the bush. 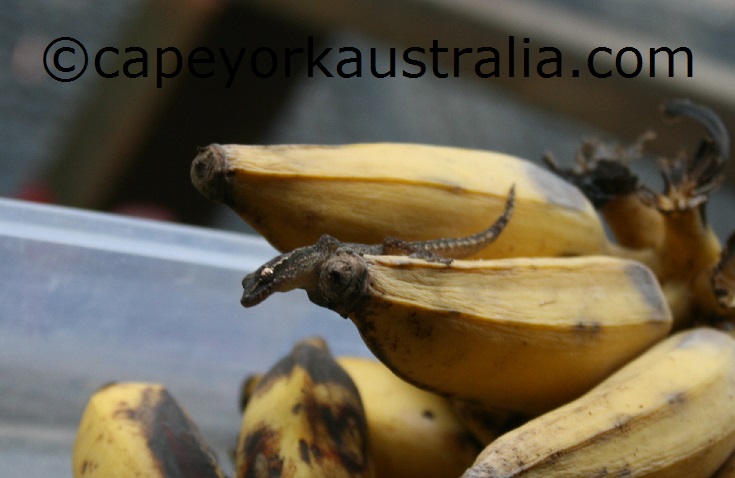 A small gecko in Cape Tribulation.

Dragons are larger than skinks and geckos, and although not quite as large as monitors and goannas, they are quite impressive animals, and some of them are quite easy to come across. 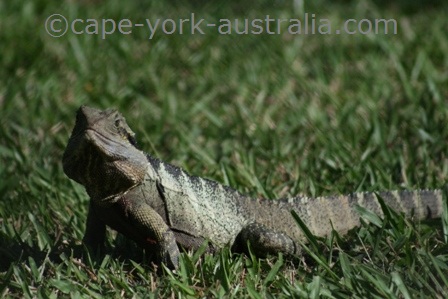 The most famous ones are the Frilled Lizards Chlamydosaurus kingii. In moister areas such as the coast and rainforests, there are Water Dragon Physignathus lesueurii and Boyd's Forest Dragon Hypsilurus boydii. Others we have in Cape York include Nobbi Dragons Amphibolurus nobbi, Two Lined Dragons Diporiphora bilineata, Ta-Ta Lizard Amphibolurus gilberti and Tommy Roundhead Diporiphora australia.

The largest and most impressive of our lizards are monitors and goannas. We don't have perentie - Australia's largest one, but we have the second largest - Lace Monitor Varanus varius. 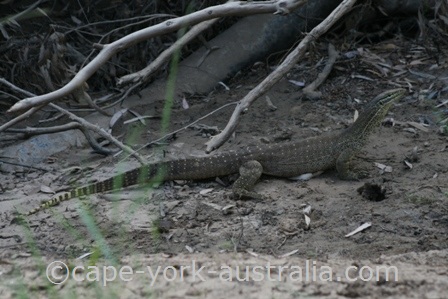 And finally there is the group of legless lizards - the strangest ones as they really look like snakes. At a closer look though, they have a head of a lizard and not a snake. Also unlike snakes, they have ear openings, unforked tongues and they can make a (gecko-like) noise. They are all harmless. 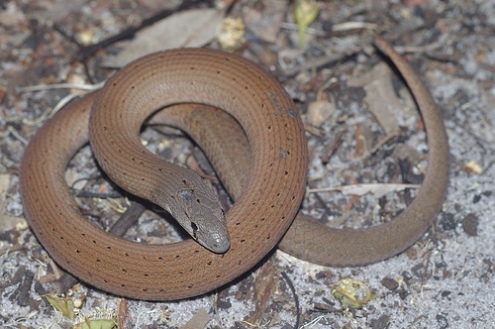 A legless lizard by eyeweed via Flickr.com