Northern Australian climate is different from the southern one.

Southern parts of the country have cooler climate, while up here it is hot and humid enough for tropical rainforests to grow.


While southern parts of the country have four seasons - spring, summer, autumn and winter - up here, we only have two - the Wet and the Dry.


While it is winter in the in the Northern Hemisphere we have summer and so on. But that's in southern Australia.


These are rough estimates and as close as you get, because from year to year the beginning of the Wet and the Dry season may vary.

(Both actually used to start earlier, but lately the Wet has finished as late as in June, and the beginning of the Wet has also been pushed from November to December/January. When we had cyclone Larry in March 2006, a cyclone that late in the season was quite unusual. Now it wouldn't surprise me at all if we had a big cyclone in April.

Within the Wet and the Dry, there are distinctive patterns. 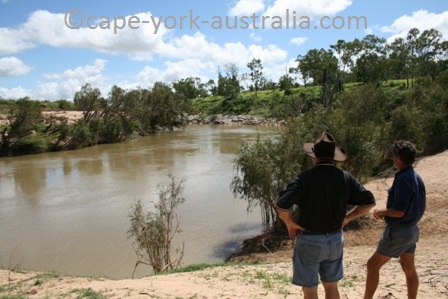 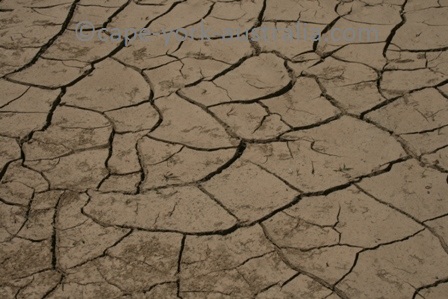 May - June
The change-over is of course gradual so in the beginning of the Dry season there is still a lot of water around but the big rains do finally stop.

July - August
The Dry season kicks in properly, the weather is cool and sunny, and Cape York gets very busy with visitors. It is the best time of the year to visit climate-wise, but not if you don't like crowds.

September - October
The weather is getting gradually warmer, but is still dry and the crowds are gradually taking off. This is a good time to visit if you want more room for yourself, and can handle higher temperatures. 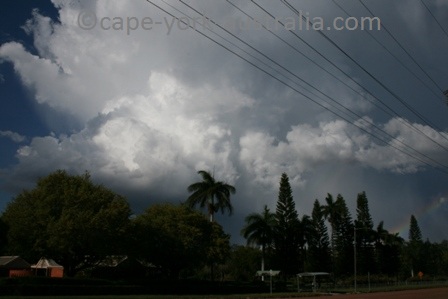 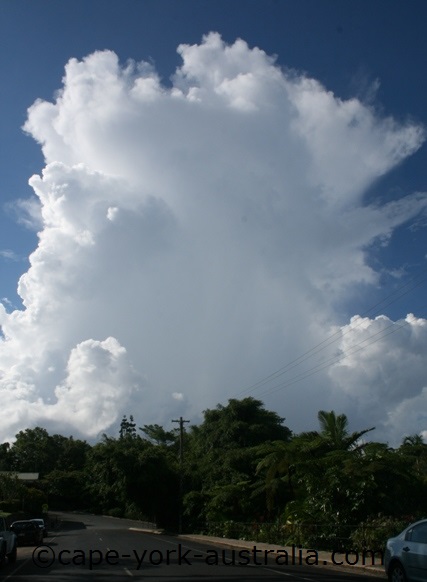 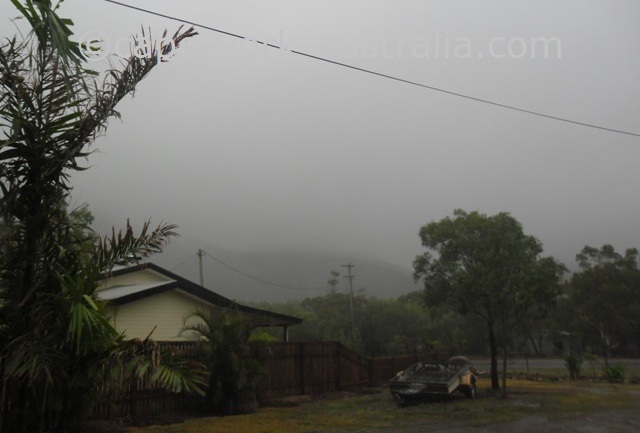 
November - December
The weather is getting hot enough that thunderstorms start building in late afternoons and evenings. You put up with heat and a few showers, but can have the place for yourself, because by November almost all travellers have taken off.

This is the time I like to get around, however you have to watch yourself and get outta here before the real rains come in and you risk to get stuck up here because creek and river waters rise quickly with heavy rains.

January - February
Some time in January, but this can vary - the thunderstorm weather changes to moonsoonal rains. The hot build-up is over, the grey cloud cover moves in with ever-lasting rains.

Temperatures cool down, so no thunderstorms build up anymore. It's just raining, and everything gets very wet. This is the time for floods in Queensland and by now you should be out of Cape York long ago!

March - April
The rains continue, the cyclone-watch wesbites are busy, Cape York travellers are planning.. The opening of the roads has in recent years really happened later and later, and in 2010 and 2011 they opened as late as in June.


So you see the patterns - roads really get dry when the Dry has kicked in properly by June or so. Then the build-up to the wet season starts gradually from September.

It gets hotter and hotter, until in November or so is the Troppo season when everyone goes mad because it's so hot. The heat builds up thunder storms in the afternoons. 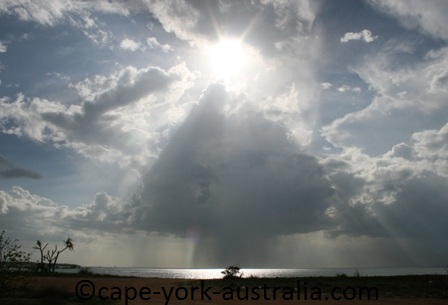 Early thunderstorms start building up in Novemeber in Weipa. It's still sunny, still hot, we're just getting a few showers.

The first parts of the days are crazily hot, the second part it's thundering and lightening and raining..

It does cool the temperatures down late in days and evenings, and the storms sure are spectacular but it can also be dangerous (read more about thunderstorm safety).


Then, usually some time in January, it turns - the Wet kicks in properly. This is the most misunderstood season by southern Australians.

They think it is hot here, but it is not (well for us up here anyway, because we are used to the tropical temperatures).

It is only hot until the buildup lasts, the buildup that gets so hot in the end that thunderstorms start getting worse and worse.

But once the real monsoonal cloud cover and big rains roll in some time in January, the weather actually cools down a fair bit.

It is not uncommon that I wear a jumper this time of the year - the weather is cool and the moisture gets in everywhere - your clothes, computers, and all the way through our houses. It's not hot but it sure is wet! 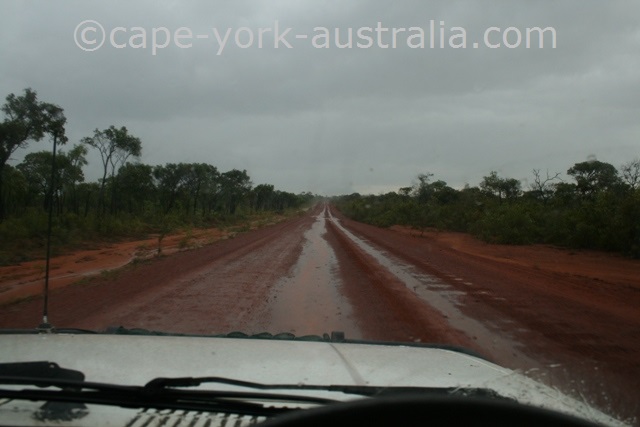 Wet Season has kicked in. It's not sunny, not hot, all it is it's WET. Grey skies and rain for months, Cape York roads get boggy, slippery and flooded in places.

It can be a boring season (unless you, like me, just sit in front of the computer and work through it.. ;-) and it lasts for months.

It is also the tropical cyclone (hurricane) season, and when we get them, the cyclone impact only means even more rain...

All that goes on until about May (the latest - Cyclone Zane - is a good reminder that a late cyclone can hit; however - we do not get flooded in the way south east Queensland does - read more about Cyclone Oswald).